Georgia Tech was riding high after easy victories over creampuffs Notre Dame and Samford. I know it’s easy to say this now, but I was really uneasy about the game against Boston College. And it turns out that I was right: BC walloped the Jackets 24-10. Don’t let the score fool you though; the game wasn’t even as close as the score implies. Tech didn’t score until they punched in a touchdown at the start of the 4th quarter; by that time, of course, the game had long since been decided. Tech has their work cut out for them this week too: although Virginia isn’t the powerhouse it once was, you can never take an ACC opponent for granted… especially now that you’re 0-1 in conference play. Useless trivia alert: there are only five Division-1 schools that don’t have the word “university” in their official title. The service academies make up three of them, and the other two are… Georgia Tech and Boston College.

On a happier note, the Steelers walked all over the Bills 26-3 this past Sunday. Part of what made this post so late in coming was that I wanted to watch the game in full before reporting on it (and it was a slooooow download). And all I can say is… wow! It’s true that the Steelers didn’t put it in the endzone until the second half, kicking four field goals in the first half for a 12-0 lead – but in this case, the score doesn’t tell you how close the game wasn’t. The Steelers controlled the game in all aspects, relying on the running game to dominate time-of-possession. Although Big Ben still looks a bit rusty in the passing game, it’s good to see him not making stupid mistakes by trying to force things that aren’t there. The O-line looked really good (yaaaaa!) and the defense was brutal as usual. The Steelers outrushed the Bills 239-50 in the first half alone… and that’s as much to do with how good the Steelers looked versus how crappy Buffalo might have played. All in all, it was a great game! It’s far too early to crow about getting into the playoffs, but if the Steelers can get it together as a team in the easier first half of the schedule… other teams should look out for them in the second half! Lastly, I’m probably alone here… but I actually liked the Steelers throwback uniforms! They’re not “genuine” throwback uniforms, they’re actually a hodgepodge: jerseys based on the 1940s design, the 1962s helmets with the 1963+ stickers, etc. But since the Steelers have used their current uniforms for 40 years, it’s hard to do a true “throwback” uniform that will comply with current safety specifications.

The team that has surprised me the most this year: the Houston Texans. They came to Charlotte on Sunday and just beat the snot out of the Panthers. The defense looked brutal, and although Matt Schaub isn’t yet firing on all cylinders, the Texans’ offense looked competent for the first time ever. Carolina ‘s offense looked lost against the NFL’s former whipping boys, going to the air on 40 of 59 of their offensive plays. Yes, the Texans shut down the Panthers running game that well. To be fair to the Panthers, though, they kept it a close game until the third quarter, when Nick Goings fumbled on a kick-off and the Texans recovered the ball in the endzone for an instant touchdown. The score was 17-14 in favor of the Texans at the half, and after Houston scored a touchdown in the third quarter, making it 24-14. Goings’ fumble kicked the Texans’ lead to 31-14, effectively putting the game out of reach. Who ever found have imagined that the Texans would be 2-0 this year???

Speaking of 2-0… how about Green Bay? And Washington? And San Francisco?

And how about the flipside, the 0-2 teams? Philadelphia? New Orleans? St. Louis? Both New York teams?

Who would have guessed any of this? Damn… I love the NFL! Cleveland even beat Cincinnati 51-45! What a world!

The disappointment of the week: the Patriots\Chargers game. It wasn’t close, it was never close. I had hoped that San Diego would have at least shown up for the game… but with a score of 38-14, you can guess that they didn’t. The score was 24-0 at the half, and the 14 points the Chargers put up came in the second half when the game was already decided and the Patriots defense was playing it half ass. 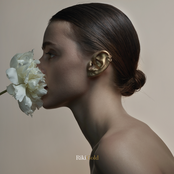