A couple of months ago, a Virginia judge ruled in favor of 11 Episcopal parishes that wanted to break away from the Diocese of Virginia. The churches wanted to leave the Episcopal Church and become part of the “Anglican District of Virginia”, a part of the Convocation of Anglicans in North America, a mission of the (Anglican) Church of Nigeria. At that time, the judge ruled that Virginia’s “Division Statute” (Virginia Code § 57-9) did apply to those church’s efforts efforts to keep their property.

This morning, the judge issued a further ruling which upheld the constitutionality of the statute. Here’s a (delicious) excerpt from the ruling:

this Court finds their arguments unpersuasive, not least because their arguments are predicated in no small measure on a characterization of this Court’s April 3rd opinion that bears only a passing resemblance to the opinion itself. 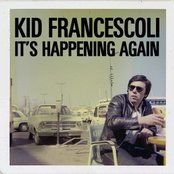