We begin with a hungover Peggy attending Mass with her family at their Brooklyn church. After a few moments, Peggy decides that she needs some fresh air, and so she excuses herself. As she approaches the door of the church, she runs into a visiting priest, Father Gill. The two have a brief (but meaningful) conversation, and Father Gill says that he’ll be eating lunch at Peggy’s sister’s place that afternoon. At lunch, Father Gill, who has lived in Rome, impresses the ladies with tales of the Vatican. Father Gill and Peggy have some sort of “spark” between them, and when Peggy says that she needs to go, Father Gill excuses himself in order to give Peggy a ride to the subway station. In the car outside the station, Father Gill picks Peggy’s brain for “marketing ideas” for his sermon the following week.

While all this is going on, Don has convinced Betty to skip out on a barbecue by getting frisky with her. Unfortunately, the kids interrupt them, and so the two end up spending a lazy Sunday on the sofa, enjoying drinks made by Sally, the family’s 8 year-old bartender. (I like Sally’s version of the Bloody Mary: 90% vodka, 10% tomato juice, and nothing else). Don and Betty later dance to a Bing Crosby song that Betty loves.

After a brief respite, the sin returns in full force on Monday. Pete and Ken have hired Vicky, a high-end call girl, to entertain a client. Roger stops by the table, and Vicky is (awkwardly) introduced as the client’s wife. Meanwhile, Bobbie Barrett goes to see Don at his office, with plans for a Candid Camera style show starring her husband, tentatively called Grin and Barrett. Last week, I said that I thought that Bobbie and Don didn’t do anything in the car; that illusion was shattered this week when Bobbie locked the door to Don’s office and threw her coat on the floor… presumably to keep her knees from getting dirty.

On the following Sunday, Don gets an emergency phone call from Duck: it seems that the American Airlines meeting has been moved up to the upcoming Friday, and Don’s needed in the office now.. Betty had stepped out of the kitchen moments before the phone rang, and while Don was on the phone, Bobby burned himself on the pancake griddle. Earlier in the week, Bobby also broke the record player, and there’s serious tension between Don and Betty over “who wears the pants” when it comes to disciplining the children. Betty, in a rage, takes Bobby to the emergency room, leaving Don to take Sally to the office.

Duck and Don go at it at the emergency Sunday session at Sterling Cooper. Duck wants to offer American a variety of pitches, while Don wants a single, unified idea. While the two butt heads, Roger has tracked down Vicky, and meets her in a hotel room. In what actually turns out to be a sad scene, Roger tries to kiss Vicky, and she refuses… until Roger offers her more money (much more money) and offers to pay her cab fare, even offering to pretend that she lives “far away”. It’s clear that Roger wants more than just a hooker, and it’s sad to see him throwing money at Vicky just to get kisses, cuddles and (eventually) a dinner date at Lutece.

On Good Friday, the Sterling Cooper team assembles… only to find out that Duck’s contact at American has been fired, and that there’s almost zero chance that American will pick Sterling Cooper. Don gets a measure of revenge on Duck (remember, Don wanted to keep Mohawk Airlines and not pitch to American). Will Duck get fired now that he’s not only not brought in new business, but actually run off old business? Only time will tell… but I hope he’s outta there!

Meanwhile, Peggy’s sister Anita goes to confession. Aside from admitting several “garden variety” sins, Anita “accidentally” lets it slip that Peggy had a child out of wedlock with a married man. It’s unclear whether she did this out of spite solely to poison Peggy and Father Gill’s relationship, or if she is genuinely angry and upset that Peggy seems to screw up constantly, and the rest of the Olsen family is happy to pick up the pieces afterward.

Back at the Draper house that evening, Bobby plays with a toy robot at the dinner table, which causes him to accidentally spill Sally’s drink, even though Betty told him several times to put the toy away. Betty demands that Don discipline Bobby in some way, so Don hurls the robot at the wall, where it breaks into a thousand pieces. Don and Betty then have an argument over Don’s lack of direction when it comes to disciplining the children. “I’m here all day alone with them… outnumbered!”, Betty says. “You want me to bring home what I got at the office today? I’ll put you through that window!” Don says. Betty pushes Don, Don pushes her right back.

In a touching scene later on that evening, Bobby apologizes to Don for the “robot incident” and asks if his father ever got mad. When Don says yes, then answers a few other questions from his son, Bobby says that “we need to get you a new daddy”. Later on, in bed, Betty asks Don if he has anything to say about that night’s incidents. Don says “my father beat the hell out of me. All it did was make me fantasize about the day I could murder him”. Betty, stunned both at the story, and the fact that Don opened up about his childhood, says that she didn’t know that. She hugs him.

We end the episode with an egg hunt at Peggy’s church on Easter Sunday. Father Gill approaches Peggy, and gives her an Easter egg… “for the little one”.

VARIOUS THOUGHTS ON THIS EPISODE:

– Sterling Cooper bought everyone lunch for the emergency meeting on Palm Sunday. Although served buffet-style, I loved that the queue was ordered according to the rank of the Sterling Cooper employees: the executives first, then the (mostly male) rank and file, and finally the all-female secretary corp. I also loved that the secretaries were giving Peggy the “evil eye” as they waited for their food (Peggy, as a copywriter, was in the second group).

– Little Sally doesn’t hold back, does she? She commented on Joan’s large breasts (“My mommy has big ones too!”) as well as the picture of Paul’s girlfriend (“Is that your maid? Do you lie on top of her?”) Wow – the part with Paul was uncomfortable!

– Speaking of Sally.. nice to see that Don’s little 8 year-old apparently has a drinking problem!

– Don’s awesome line about Grin and Barrett: “It’s derivative, with a twist, which is what they’re looking for”. Although Don Draper exists in 1962, it seems that he already fully understands how the Fox Network will work in 2008.

– The scene at the end, when Father Gill gives Peggy the Easter egg: doesn’t that come awfully close to breaking the Sanctity of the Confessional? Like, reaaaaaallllllyy close?

– The egg is a symbol of fertility. Coincidence, or symbolism?

– Does Betty finally understand why Don won’t spank the children? 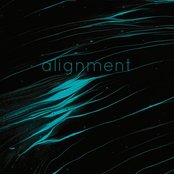