You’re probably familiar with Mythbusters, a show on the Discovery Channel that tries to debunk urban legends and other myths using scientific experiments. Well, it seems that the show’s producers wanted to do a piece on RFID, the tiny, controversial microchips that are increasingly coming into use on credit cards, passports and other items. According to Mythbusters’ Adam Savage, the show was ready to expose “the weak security behind most RFID implementations but was shut down by lawyers from ‘American Express, Visa, Discover, and everybody else… [who] absolutely made it really clear to Discovery that they were not going to air this episode'”.

Scary… but why can’t the credit card companies simply take the money they’re giving to their lawyers and give it to their engineers instead, so that they could actually, you know… fix the problem? 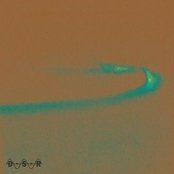