SPOT stands for “Smart Personal Objects Technology”. SPOT devices used FM radio waves to sync to a time server and receive updated information, like sports scores and weather forecasts. Microsoft, who developed the technology in 2003, hoped that the small devices would take off not only in watches, but embedded in devices like coffeemakers, alarm clocks and weather stations.

For one thing, the most common implementation of SPOT – wristwatches – were butt-ugly. Seriously: the watch pictured above is one of the more attractive SPOT models. If you’re old enough to remember those giant multifunction Casio digital watches of the early 80s… well, SPOT watches were just an updated version of that.

Secondly, most SPOT watches needed to be recharged every couple of days, making them absolutely useless for things like camping. What’s worse, the charger dock included with most SPOT devices was bulky, making it inconvenient for travel. Most watches run for 18-36 months between battery changes, and a watch that needed to be charged every two days seemed a huge step backwards.

Thirdly, SPOT devices were only receivers not transmitters. So they could not actively seek information. Once you bought a SPOT device, you went to a website and set up preferences for your preferred location(s) and sports teams. Data would then be pushed to the watch at intervals. If it was late in a game and you wanted an updated score now, you were out of luck. Or if you wanted to see the score for some other sports team, you had to use a computer to log in to the SPOT site and update your preferences (and then wait for the next update cycle for the data to actually arrive at your watch). At that point, you might as well have just gone to nfl.com directly and gotten the score there.

But the biggest problem with SPOT devices was that, by the time they finally came to market, everyone had a cell phone that could do anything a SPOT device could do (and more). So why pay Microsoft $59/year for SPOT service when you already pay Verizon $59/month for a phone that can do the exact same thing?

It’s interesting (to me) that the SPOT data specification allowed for more data than RDS (RDS, which stands for Radio Data System, is the technology that radio stations use to include metadata such as artist and song name; if you’ve ever seen this in your car stereo or iPod, RDS is what makes that happen). In 2008, after it was clear that SPOT was a failure, Microsoft pitched the SPOT tech to GP makers like Garmin as a way of pushing more traffic data to GPS units faster. Sadly, it was too late, and SPOT tech never gained traction. SPOT watches were discontinued in 2008, and the MSN Direct radio service was discontinued on January 1, 2012. 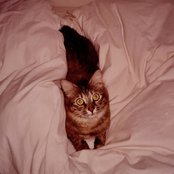