I am a sucker for food descriptions. When I go out to eat and am handed a menu, my brain instantly clicks off and I’m almost unable to decide between the “juicy USDA Prime ribeye steak, topped with melted bleu cheese” and the “grilled boneless chicken breast marinated in lime juice and tequila and topped with a Monterey Jack sauce”. Everything sounds so good that I focus on how it would taste. I lose all of my rational thinking and revert back to some primal state . It’s bizarre, I know. Most people probably do it to some degree, by I always seem to go overboard with it.

So, as you might imagine, my “eatin’ brain” went in to hyperdrive when I found out about DiGiorno’s new line of “Ultimate Pizzas”. I found out about it from a food website, and my mouth started watering the instant I read the description for the “Four Meat” pie:

Capicolla ham, julienne-cut Genoa Salami, sausage and pepperoni, along with a sauce made from crushed vine-ripened tomatoes, as well as whole-milk mozzarella cheese…

I just about couldn’t stand it! I had to find one of these pizzas, and I had to do it soon! Sadly, though , they simply weren’t to be found here in the Charlotte area. I checked the local Bi-Lo and Wal Mart stores and even had the missus check the Harris Teeter close to her work during her lunch break one day. No dice. I had almost given up hope, but then the missus decided to buy a chest freezer one weekend. Although the main reason we got it was to have more room in the kitchen freezer, we had plenty of space for new stuff, so we went to Wal Mart to see what kind of frozen foods we could fill the new freezer with. And lo and behold… there in the pizza section… was the new DiGiorno Ultimate Pizza!

You might think I’d take it home and eat it immediately. You might think that I’d keep it for a few days and perhaps try it out on a weekend. You’d be wrong on both counts. In fact, that pizza is still in the chest freezer awaiting the call. It would be a couple of weeks later, when the missus and I went back to Wal Mart for a weekly visit, that I’d buy yet another one to eat… ‘cos it was getting late in the evening by this point. I was hungry and I wanted to eat now, so I grabbed a “fresh” frozen pizza and cooked this one up immediately.

So how was it? Honestly, it’s pretty damn good! The crust is about the same as all DiGiorno pizzas, which means that it can be pretty good or pretty lousy, depending on how well you cook it. In this case, I cooked it up perfectly and it was pretty darn good – chewy, but not too chewy, crisp, but not too crisp. But it wasn’t the crust that I was concerned with… it was everything else. And in this, DiGiorno knocks it out of the park.

The sauce is… different somehow. Most products with tomatoes in them have plenty of sugar in them too (to keep the tomatoes from spoiling). You know how Chef Boyardee products always have that sweet taste to them? I can taste that sweetness in just about any tomato product there is, in fact, it’s usually the first thing I can taste. But the DiGiorno pizza didn’t have that. Well, it was slightly sweet, but it was far less sweet than most any bottled tomato sauce or frozen sauce I can think of, and that includes DiGiorno’s other pizzas. And the cheese was slightly different, too. It tasted far better than most of the cheeses used on frozen pizzas, although how much of that has to do with better ingredients or better packaging (or simply a placebo effect) I don’t know. It was good, though.

And the meat… Ahhhhh, the meat! The salami and Capicolla were damn tasty, and that’s what made this pizza so good! The sausage and pepperoni seemed to be the same as any other DiGiorno product, and in fact there simply wasn’t enough pepperoni to satisfy me. Although putting salami and Capicolla were nice touches, you’d think an “Ultimate Four Meat” pizza would need more than nine slices of pepperoni, no? Thankfully, I had some spare pepperoni laying around that I eat for snacking, so adding more wasn’t a problem.

So – what’s the final verdict? Well, don’t get too excited… the DiGiorno Ultimate is still frozen pizza. I ain’t throwing away my Pizza Hut or Papa John’s coupons just yet. But it’s probably the best frozen pizza I’ve ever had. I would (and do!) keep a spare one of these around for emergency munchie sessions, and would eat it at the drop of a hat. It’s not going to change the world – especially with so many local places offering “Take and Bake” pizzas these days – but if you’re going to do frozen pizza, this is the one to do! 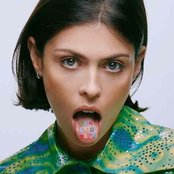 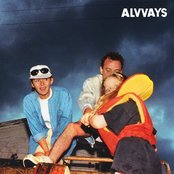