This is one of those things I meant to post a long time ago, but just got around to now:

This past August, the NFL unveiled its “new” logo. I say “new” ‘cos it’s only an update to the existing logo, as opposed to a completely new design. Here it is:

What do you think? I like it. It’s a nice update to the existing logo (which dates from 1980). I also like the darker shade of blue. In any case, the updated logo was unveiled before the current season, but won’t make its official debut until the 2008 draft in April. Read all about it from USA Today here.

When You Reach Me
Mint Julep
17 mins 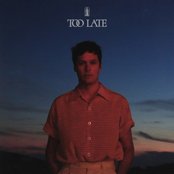