So I’m sitting at my desk on Thursday afternoon when the thought crossed my mind: “Oh crap! The Oscars are this Sunday!”

You see, I had.. uhhh.. “obtained” copies of almost all the movies in this year’s Oscar race; I’ve had some them as far back as last September. I had not, however, actually seen most of them. So from Friday night until the wee hours of Sunday morning, I watched seven of the movies below. And boy, are my eyes tired! I am “cinematically exhausted”, if such a thing actually exists.

And so… below is my list of Oscar picks for 2008. My picks are in RED. Keep a couple of things in mind when you read my choices:

Without further ado… my picks!

Best motion picture of the year

Performance by an actor in a leading role

Performance by an actor in a supporting role

Performance by an actress in a leading role

Performance by an actress in a supporting role

We Were Never Lost
Causeway
3 hours 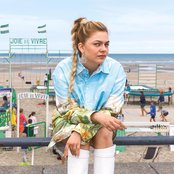