A few weeks ago, Lisa decided to order us some pizza. She got on the phone with the folks at Pizza Hut, who convinced her to try the “Pizza Mia” pizza. It seemed like a good idea at the time: 3 medium pizzas for $5 each! How could we lose?

Yeah, right. Pizza Mia pizza is bad. I mean, it’s not awful… but it’s just not very good. Lisa and I both ate our pizzas unenthusiastically that night. In the following days I’d remind Lisa about her leftover pizza in the fridge.; instead of her usual “Yeeeeaaaaahh! I gots pizza!”, she’d just shrug her shoulders and say “Meh”.

I didn’t realize how truly bad Pizza Mia was until a couple of weeks later. We have some stray kitties that come up on our deck, and Lisa just can’t say no to a kitty. So she put a bowl of food out on the deck. This, of course, attracted a raccoon, who normally sneaks up on the deck and eats all the food left in the bowl. Well, one night I went outside for a smoke and found this:

Apparently the raccoon had found some Pizza Mia pizza in someone’s trash. And not only did my neighbors not want it, the raccoon didn’t want it, either, so he left it in the food bowl! Chester, the stray kitty pictured above., didn’t want it either – he whined and whined until the pizza was taken out of the bowl.

Man, if your pizza is so bad that even raccoons and stray cats don’t want it, you’re doing something horribly, horribly wrong! 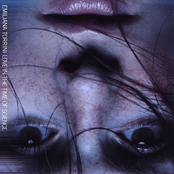 To Be Free
Emilíana Torrini
5 mins