From Texts From Last Night, one of my favorite sites:

(416): you came home covered in oatmeal wearing a tutu holding a stolen wrotting pumpkin and “its a girl” balloons tied around your neck.you were whispering the lyrics to aaron carters ‘aarons party’. i think the real question was what DIDNT you drink last night

These cities are known for their fine public school and public transportation systems and healthy art scenes as well as their liberal values, like actively encouraging cycling to work and anti-sprawl policies.

Aside from that, what else to these cities have in common? They are the whitest cities of their size in America, that’s what. Black folks make up 12.8% of the US population, but only constitute 10.6% of the population of Minneapolis, 10.0% in Denver, 8.8% in Austin, 6.2% in Seattle, and a mere 6.0% in Portland. And although foreign-born people make up a lot of the difference in these cities, they still lag behind other cities in their “diversity”.

It’s amusing, then, that so-called “progressives” flock to these cities. After all, why move away from downtown Atlanta to be called a racist when you can move to Portland and be a liberal hero?

On November 20, 2009, hackers accessed several computers at the Climate Research Unit (CRU) at the University of East Anglia in the UK. They managed to make off with around 60MB of internal emails and documents, and the picture they paint is damning. Researchers at CRU allegedly: a) heavily massaged data to reach their conclusions; b) ignored data that led to a contrary conclusion; c) willfully deleted emails (evidence) of their wrongdoing; and d) sought to replace or bypass editors of scientific journals that questioned their methodology and\or results.

The fallout at supposedly neutral sites like Ars Technica has been a giant shrug, with most posters saying that yes, perhaps the scientists did behave badly, but that the underlying science is sound. I simply have to ask: is it? When you see emails like these, one has to wonder:

“I’ve just completed Mike’s Nature trick of adding in the real temps to each series for the last 20 years (ie from 1981 onwards) amd from 1961 for Keith’s to hide the decline.”

“The fact is that we can’t account for the lack of warming at the moment and it is a travesty that we can’t. The CERES data published in the August BAMS 09 supplement on 2008 shows there should be even more warming: but the data are surely wrong. Our observing system is inadequate.”

A month and a half before the hack, the BBC published this article, which calls into question the very idea of Global Warming. In it, the author asserts that the warmest year on record was 1998, and that global temperatures have either held study or actually decreased in the past 11 years, and that the rise of global temperatures in the decades before are based on a completely normal process known as Pacific Decadal Oscillation (PDO).

END_OF_DOCUMENT_TOKEN_TO_BE_REPLACED 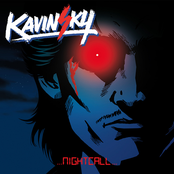 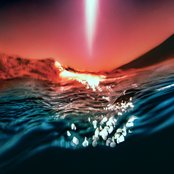 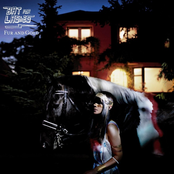