– There’s a meeting of the primates of the Anglican Communion going on in Dublin this week. Sort of. Primates of the Global South made it clear to the Archbishop of Canterbury that they would not attend if Katharine Jefferts Schori, presiding bishop of The Episcopal Church in the US, was invited. She was, so they boycotted. This post at the Anglican Communion Institute has a Pac-Man like graph which shows, in one simple picture, how the boycotting primates hold all the power in the Communion.

– Speaking of The Episcopal Church, the Religious Coalition for Reproductive Choice (of which the Church is a member) has been strangely silent about the sickening case of Kermit Gosnell, a Philadelphia doctor indicted recently on eight charges of murder. Gosnell was the doctor of choice for women who wanted late-stage abortions… very late stage abortions. In fact, Gosnell didn’t really perform “abortions” so much as he’d give women huge doses of labor-inducing drugs, deliver the babies and then jab a pair of scissors into the base of the babies’ necks and cut their spinal cords. What’s worse is that few of the machines in his clinic (i.e. EKGs and respirators, etc). were functional, and even if they worked, they were rarely used. Hygiene was found to be almost non-existent. Many of his staff had attended medical school, but most were drop-outs. Even more vile: although his clinic routinely aborted 25-30 week-old fetuses during the week, he’d sometimes secretly open the clinic on Sundays to perform abortions on even later term babies. There’s a PDF at the linked article, but you really don’t want to read it.

– On a lighter note, Glee creator Ryan Murphy appears to be a bit of a dick. The short version of the story is that Kings of Leon didn’t want their music used on his show, so Murphy went on a rant about how the band is (somehow) taking music education away from children. Whatever.

– Paul Allen has died. No, not the co-founder of Microsoft and current owner of the Seattle Seahawks and Portland Trail Blazers. I’m talking about Paul Allen, an Englishman and one of the few professional jousters in this world. Allen was killed when a wooden lance fragment went through his face mask, pierced his eyeball and punctured his brain. Allen was filming a segment about jousting for the popular British TV show Time Team when the accident occurred.

– TripAdvisor has released their 2011 list of the Dirtiest Hotels in America. If you have some spare time, check out the reviews for these places… they’re sadly hilarious! And it’s nice to see that NYC’s Hotel Carter made the list, although it fell from #1 last year to #4 this year.

– Speaking of New York, I’ve been spending a lot of time at ScoutingNY recently. It’s a blog written by a guy who scouts filming locations for movie and TV shoots in the city. If you like stories about urban architectural oddities, this site is for you! He has a few long posts in which he shows screen caps of old movies shot in New York (like Taxi Driver and Ghost Busters) and then takes photos of the same sites, so you can see what’s changed. But I especially recommend The Abandoned Palace At 5 Beekman Street and The Smallest Plot of Land In New York City to get started.

– American football was almost banned in 1905, a year when there were 18 deaths on football fields across the country. With President Theodore Roosevelt breathing down their necks, representatives of 62 schools met in New York City and approved several changes to the game. These included banning the “flying wedge” (a brutal, V-shaped formation that frequently led to injuries), creating the “neutral zone” between the offense and defense, and doubling the amount of yardage needed for a first down from five to ten yards. But their most innovative change – the one that would forever separate American football from rugby – was legalizing the forward pass. It might seem hard to believe with today’s pass-happy NFL, but the forward pass wasn’t popular at first. Check out this article at Smithsonian.com for the full story.

2 Replies to “The Thursday News Roundup” 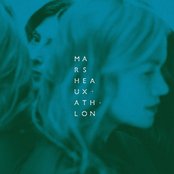 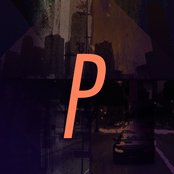