– Congratulations Pittsburgh! Not only do you guys have the best local ratings of any NFL team and the most female fans of any NFL team, you guys also officially have the best local ratings in the NHL! Pittsburgh might be the NHL’s 22nd largest market, but the total number of average viewers per game – 101,000 homes – crushes larger cities like Chicago (96,000 homes) and Boston (77,000 homes).

– If Pittsburgh is the highest rated NHL market, who is the worst? Miami. Despite south Florida being home to millions of transplanted Yankees, the average Florida Panthers game is watched by a pitiful 3,000 homes. The Atlanta Thrashers come in next to last, with a paltry 6,000 homes per game… which amuses me greatly. I’ve never forgiven the Thrashers for running the Atlanta Knights out of town, and to me this is just karma being a bitch.

– More sports ratings news: the Charlotte Bobcats drew an average of 12,000 households viewers per game. It’s astonishing to think that there might actually be fewer people watching Bobcats games at home than could actually fit inside the arena! However, although the Cats have the fewest total viewers, they only come in third to last in actual ratings: the Clippers and Nets actually have lower ratings than the Bobcats.

– In the United States, most sports leagues strive for “parity”. This means that, among other things, revenues are shared equally between big market and small market teams and that player drafts are structured in a “worst to first” format that gives bad teams a leg up. The Europeans don’t give a shit about any of that. The continent that gave us socialized medicine, paid maternity leave, the 35-hour workweek and human rights courts is strangely hyper-capitalistic when it comes to their football (soccer) clubs. As a result, the Portuguese league title has been won by either Benfica or Porto for the past 8 years. Scotland’s national title has gone to either Rangers or Celtic over the same time frame. In England, all but one Premier League title has been won by either Manchester United, Arsenal, or Chelsea since the league was founded in 1992. And in Spain, either Real Madrid or F.C. Barcelona has won the title every year for the past 51 years. Here’s an interesting article from Slate about how America’s sports leagues create great games and how Europe’s leagues create great plays. Click the link, read up, and decide which is better.

– Lastly… ummm… uhhhhh… you, uh, might know that long distance runners often have… bowel problems while, uh, running great distances. If you know that, you probably don’t want to look at this picture. Seriously… why do people do this to themselves?

I Am a Boy (Remastered)
Minuit Machine
11 mins

More Than You Realized
Tempers
15 mins 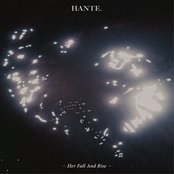 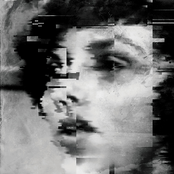