“Hi, my name’s Jim, and I have a flashlight fetish.”

It might seem odd, then, that I currently only own two flashlights.

The first is an Inova X5 LED flashlight I got for Christmas a few years back. It’s pretty boss. It’s made out of “aircraft aluminum” and is almost indestructible. And its multiple LEDs are bright as hell. The downside is that it uses odd size batteries (123, if you’re curious). These are relatively expensive at the few places that carry them (Energizer brand 123s are around $10/pair at Walmart and Lowe’s, although Lowe’s also carries the Sure Fire brand that are only around $4.75/pair). So I’m somewhat loathe to use the flashlight for an extended period of time, given that I’d have to find a store that carries a range of camera batteries to get replacements.

My other flashlight is an old AA Maglite. Maglites need no introduction; I’m sure there are few Americans who haven’t at least seen one, if not own one. They’re built like tanks and are reliable as hell. I don’t even remember when I got my Maglite, but I know I’ve had it for at least 15 years. But while it’s cool that the Maglite takes common, easy to find AA batteries, the light it puts out seems kind of wimpy compared to today’s LED lights.

A few weeks back, I was on a message board when someone mentioned the Nite Ize AA LED Upgrade. I went to the website and checked it out: basically, it’s just a replacement LED bulb for the AA Maglite. So it seemed kind of cool, but having to order it online seemed like a hassle. It was one of those things where you’re like “oh, that’s neat”, then you bookmark it and forget about it and end up deleting the bookmark a year or two later.

As luck would have it, however, the missus and I went to Lowe’s a couple of days later, and I saw the Nite Ize there on the shelf. And, given my flashlight fetish, I couldn’t resist!

So yeah, basically you just unscrew the top of the Maglite and remove the bulb, replacing it with the Nite Ize LED one. The “Combo kit”, the only one available at Lowe’s, also includes a replacement for the end cap that has an on\off switch built-in. So you can turn the flashlight on and off just using the button on the end instead of twisting the top as you would before.

The new on\off switch seems a bit flimsy, as if it could break over time (that’s not a total dealbreaker, however, as I could always replace it with the original end piece if needed and twist the top to turn it on and off).

And the upgrade kills “candle mode”, if you ever used your Maglite for that (“Candle mode” is where you unscrew the top of the Maglite so that the bulb shines in all directions; you can then put the top on a flat surface and put the flashlight in it, so it acts like a primitive lamp). The Nite Ize bulb is slightly larger than the stock bulb, and requires that the top be screwed on to stay in place.

The upgrade also isn’t “cheap”: it was $7.12 + tax, which isn’t all that expensive in the greater scheme of things, but a new incandescent AA Maglite is only $8.77 at Lowe’s (the AA LED version, however, is $19.79 at Amazon). So if you’re in the market for a new LED flashlight, you’ll probably better off just buying a AA LED Maglite. If, however, you’re like me and have an old AA Maglite gathering dust somewhere, the Nite Ize upgrade is well worth it! 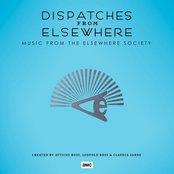 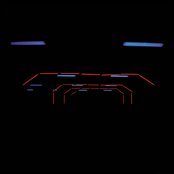 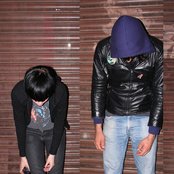