Unlike the album list (which was restricted to albums released in 2011) and the TV list (which was restricted to new TV shows that debuted in 2011), the podcast category is simply all the shows that I enjoyed listening to this year. They’re also ranked, but don’t put too much stock in the rankings. Some podcasts are for learning, others are strictly for entertainment, so my rankings could vary day-to-day depending on my mood.

#5: This Week with Larry Miller – You know how Seinfeld was described as “a show about nothing”? Well, Larry’s podcast is pretty much like that, too. It’s just comedian Larry Miller talking about whatever crosses his mind that week. Sometimes it’s funny stories about his college days, or his early days as a stand-up comedian in New York City (there’s a great story about him working at Studio 54’s “haunted house” one year). Other times he talks about being on the road or his family life (there’s a long-running feature called “Hamper Update”, in which he discusses his attempts to get his wife to buy a new clothes hamper for the bathroom). This show isn’t always funny, but I like it because it comes from the heart. Larry is genuinely a great guy, and it comes through in his show. More info here.

#4: Judge John Hodgman – If you’re a nerd, you probably who know John Hodgeman is. If not, he’s Jason Schwartzman’s arch-rival Louis Green on Bored to Death. Or you might remember him as the “PC” from Apple’s “I’m a Mac” ads. In any case, Hodgeman has created a podcast where he creates a “People’s Court” style courtroom to decide the real issues that Americans care about. In one case, a friend asked another friend to record something on his DVR, then never came over to watch it. The friend asked Judge Hodgeman to either force the friend to come over and watch it, or give him his blessing to delete it after a few days. In another case, Hodgeman had to determine when it’s OK to crash at a friend’s house, and if age and\or financial status come in to play. It’s a funny podcast, and definitely worth a listen! More info here.

#3: Freakonomics – It might seem odd that Freakonomics only comes in at #3, given how much I talk about here and on Facebook. But that has little to do with Freakonomics and everything to do with how awesome the next two podcasts are. As the tagline says, Freakonomics investigates the “hidden side of everything”, discovering odd little facts about everyday life using the principles economists use. My favorite single podcast of the year – “The Truth Is Out There…Isn’t It?” – talks about how horrible humans are at assessing risk, and how too much education actually reaffirms pre-existing biases people have about issues that affect them but which they don’t have a lot of personal experience or information about (like Global Warming, for instance). Basically, you think Global Warming is a problem because all your friends do, and all the information your friends have on the subject was specifically found to reaffirm their own positions. If you want to know how American food got so “bad” (hint: it has to do with WWII) or if marijuana users are better drivers than drunks (answer: yes, as long as they’re not actually in an accident), then Freakonomics is the place to go. More info here.

#2: 99% Invisible – Hosted by Roman Mars, 99% Invisible looks at the world of design. But it’s not a boring, public access TV-quality roundtable of architects discussing shopping malls. It’s intriguing stories in the vein of Paul Harvey’s “The Rest of the Story” or This American Life. One of the most haunting episodes features the architect who designed the World Trade Center and has the original sound recordings made during construction (when it was still a steel skeleton, the engineers placed tape recorders on top of the building to record the groans it made as it swayed the the breeze; by putting these recordings through a scope, they could determine how much the building was swaying, and whether it was within specs). But I was hooked by the very first episode I heard, which concerned a ball of blue yarn. In 1998, Dr. Gary Kaplan was told that his hospital, Virginia Mason Medical Center in Seattle, was losing money. He visited hospitals all around the US, trying to find better way to run a hospital. He didn’t find one. Out of desperation, he visited a Toyota factory in Japan, and was so impressed that he hired their efficiency experts to come to Virginia Mason. Hospital staff were downright hostile to the idea. After all, what could people from a Japanese car factory teach an American hospital? But their resistance melted away after the first day of classes. Their Japanese “sensei” presented them with a map of the hospital and a ball of blue yarn. He asked them to pretend to be a patient, and use the yarn to trace their route through the hospital on the map. Although dismissive at first, hospital employes soon found themselves looking at a giant, tangled mass of yarn. They realized things they hadn’t noticed before, like how the hospital forced cancer patients to walk up several flights of stairs during the treatment process, needlessly walk from building to building, and even double back several times. From that one class, the entire culture changed at Virginia Mason. It’s a great story, and it’s why 99% Invisible is one of my favorites. More info here.

#1: The Age of Persuasion – I don’t like advertising. I couldn’t care less about marketing. But I became an almost-instant fan of Mad Men precisely because it was set in an advertising agency, and The Age of Persuasion looks at that world through the eyes of a veteran. Host Terry O’Reilly, a longtime advertising copywriter, informs and entertains us with stories about advertising’s past, present and future. Again, the show is more like This American Life than some boring thing you’d see on cable TV at 6 am. Advertisers had a huge impact on how our world came to be, sometimes more than you might think. Did you know, for example, that the image of the “happy housewife”, so reviled by feminists in the 1960s and 1970s, was created by… women? J. Walter Thompson, the first full-service ad agency in the United States, realized early on that women bought most household goods. So Thompson hired women by the dozen, and it was those women who created the “June Cleaver” housewife so popular in ads until the 1980s. And although Mad Men makes advertising look like a male-dominated world, the fact is that J. Walter Thompson hired the first ever female creative director… in 1908. But it’s not just history: O’Reilly tells us how marketers sell products that are all basically the same (like corn flakes and motor oil), why it’s bad when a product becomes the dominant market leader, how politicians sell themselves, what happens when a brand becomes the generic name for a product, and why ageism exists in advertising (example: no one over the age of 35 has ever appeared in a commercial for the Toyota Prius, even though the majority of those cars are purchased by those 50 and over). It’s really informative and highly entertaining. Check it out when you have a chance! More info here.

–  Can anyone recommend a good history podcast? I like the idea behind Stuff You Missed in History Class, but the two girls that, like, you know, host it? always sound like, you know, like, two girls in like, a dorm room talking about, like, boys and stuff and always, like, mispronounce things, and like, gloss over, you know like, important stuff, and like, have this cavalier attitude about, like, history and stuff? and like, always end their sentences and stuff like a question? It makes me wanna like, punch stuff? I’ve been listening to the BBC’s History Extra podcast, and it’s pretty good (especially since I like Anglo-centric history). But the shows run around 40-45 minutes and usually only have 2 guests or topics. So if you don’t care about the role of England’s flour mills in the Crimean War you have to skip ahead or wait until next week. Any suggestions?

– Can anyone also recommend a good astronomy podcast? I tried Astronomy Cast, which was ISTR was a bit too technical for my tastes (the one episode I downloaded was about supermassive black holes and got into a lot of detail). I also tried Star Stuff with Stuart Gary, which was “just OK” (it’s out of Australia, and the accents can grate on my nerves). A few years ago I tried the Science@NASA podcast, but the guy hosting it was a flaming queen (not that there’s anything wrong with that, but he has a pretty massive lisp and apparently doesn’t use a pop filter, so any time he uses an S it sounds like a snake in your ear). He also speaks… really… slowly… and… deliberately… which also gets on my nerves).

– Thought: I like the Adam Corolla podcast, but dammit it’s way too long. Adam, I don’t have 90 minutes to dedicate to your podcast every week! I mostly listen while doing household chores, so 30 minutes is about the maximum amount of time I want to dedicate to a single episode of anything.

– I guess I should also mention the WTF with Marc Maron podcast here, too. I gave up on this one (not only is Maron a screaming liberal, his shows are just way too long, too). And I hated that iTunes wasted bandwidth downloading episodes featuring comedians I don’t care about at all. But if you like the behind-the-scenes world of comedy, and what makes comedians tick, this is the podcast for you. It’s interesting and entertaining… I just don’t have 90 minutes every week to hear about how Mary Lynn Rajskub became a comedian, or how Carrot Top’s dad ignored him when he was a kid. 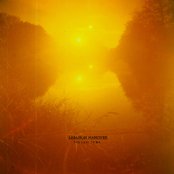 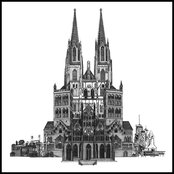 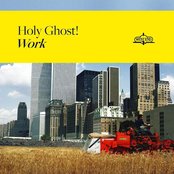 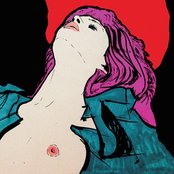