Hey, ya’ll! Simon here! The football feline went 10-6 in Week 1… not too shabby if I say so myself! But let’s see if I can do even better this week! Here are my picks for week 2… have fun with ’em, ya’ll!

Chicago at Green Bay: Oh my! My sexy mens Devin Hester and Matt Forte will have their beefy man-hands full this week against Clay Matthews and his beautiful long locks! Who to choose? My kitty intuition tells me that the Pack will be raring to avenge their loss last week to the 49ers, and will run all over sexy meathead Brian Urlacher. I like the Packers, but I think the Bears will play hard and might make this an interesting game!

Tampa Bay at New York Giants: In the 1970s, when the Atlanta Braves were at their worst, radio commentator Skip Caray once began a game by saying “like lambs to the slaughter, the Braves take the field”. Simon feels the same thing about this game. I’m pretty sure the Giants are going to roll in this game. That slinky, spicy Victor Cruz will see to that! This is Simon’s lock of the week, ladies! Take the Giants to the bank in this game!

Oakland at Miami: Ya’ll know that old joke about how even if you win a gold medal at the Special Olympics, you’re still retarded? This is the NFL’s version of that! Girlfriend, the only way this game could be entertaining is if you sped it up and played “Yakety Sax” over it! Thankfully, this snoozer won’t be televised in The Simon’s area, so I won’t have to take a nap to escape it. Wait a minute! I want a nap! Oh poo! Anyway, I’ll take the Raiders to win… although the only real winners are NFL Films, who will undoubtedly come away with hours of footage for the next NFL’s Greatest Bloopers DVD.

Houston at Jacksonville: Ya’ll know what’s sexy? Hot, swaggerin’ cowboys, that’s what! And let me tell you, girl, when the Texans come to town, it’s lights out for the Jax kitties! Yes, I want to pull for my kitty cousins, but there’s just no way they can beat the beefcake that is Arian Foster and Andre Johnson! And honey, you’re just never going to win in the NFL when your quarterback choices are Blaine Gabbert and Chad Henne! Oh sure, Chad’s kind of cute, in a geeky jock kind of way… but the Texans have too much talent to lose this game!

Cleveland at Cincinnati: It’s the Battle of Ohio, and I jus…. yawn. Zzzzzzzzzzz. What? The picks? Oh yes, sorry I dozed off there… just like I would during this game. Simon doesn’t know who to pull for in this game… the Browns and their hideous colors, or that awful ginger Andy Dalton! I guess I’ll pull for the Bengals in this one, since tigers are my cousins and all, but this game is just to find out which AFC North team is the bigger doormat. And girl, you know that’s the Browns!

Kansas City at Buffalo: Ah, a game with all the excitement of a Division II game! Heck, maybe even a Division III game! Simon just can’t be bothered to pick a winner for this game, because whoever wins still has to live in Buffalo or Kansas City! [Editor’s Note: Simon refused to pick for this game, so we’ll go with the Bills to eeek out a win here.]

Baltimore at Philadelphia: Gosh, which team do I pick here? The People Murderers or the Dog Murderers? Ya know, Simon’s still mad at the nasty Michael Vick for what he did to my doggie cousins, so he’ll take the Ravens led by Unibrow McGee for the win, even if he uses the word “elite” to refer to himself 679 times this week!

New Orleans at Carolina: Now this is a game I can exited for! The Saints, led by the adorable Drew Brees and that thundering hunk of chocolate love the rest of you call “Pierre Thomas” are coming to town to take on my hometown Adonis, Cam Newton! Girls, my heart’s beating two hundred times a minute just thinking about it! [Editor’s Note: the normal heart rate for a domestic feline is 120-140 beats per minute]. All those handsome mens, hands all over each other, grunting and sweaty… what? Oh yes! Sorry! I’ll take the Saints to win this one, just because the Panthers’ defense looked so awful last week!

Arizona at New England: Maybe Simon should have made this game his lock of the week! Because even if the Patriots were to stay out until 6AM the night before drinking Dark and Stormys at the club, they could still beat the Cards… with one hand tied behind their sexy lil’ backs! I predict Tom Brady (sigh!) will barely break a sweat in this one, and we might even get to see who the Pats’ third string QB is! Take the Patriots all the way, honey!

Minnesota at Indianapolis: Mens in purple costumes taking on mens in boring blue to white costumes! It’s like Wonder Bread taking on Wonder Bread! You know, that sexy lil’ Andrew Luck didn’t have much of his last name in week 1… I think he just might bounce back this week. But I’m still gonna take the Vikings, because my main man Adrian Peterson was in super sexy BEAST MODE last week! But Andrew, you can always stop by the house if you need a hugs and a glass of wine!

Washington at St. Louis: My newest crush, RG3, looked really good last week, didn’t he, girls? And he did pretty good at football, too, didn’t he? hehehehe!! Seriously, folks, Robert Griffin looked really awesome against the ‘Ain’ts, and he’s getting an lamer opponent in the Rams, whose defense couldn’t stop a bunch of Red Hat ladies from getting to the buffet line! And RG3, if you’re reading this… here’s my number… so call me definitely! The Redskins will win this one easily!

Dallas at Seattle: This might actually be an interesting game! The Cowboys looked pretty tough last week against the Giants, and the Seachickens were supposed to be the team of the NFC West… until they lost to Arizona last week. Will the Birds be able to overcome Tony Homo and the ‘Boys? Simon doesn’t think so. Take the Cowboys to win here pretty easily, although if Seattle shows up, it could be a good game!

New York Jets at Pittsburgh: My daddy’s Steelers lost last week to the Broncos, but I think they’ll turn it around this week. For one thing, they’re playing at home. For another, they’ll have Ryan Clark back for sure, and probably James Harrison (and his skull crackin’ thighs) as well. Thirdly, Dirty Sanchez (while cute) is no Payton Manning, not by a long shot. I see Sexy Ben, that handsome Virginia stud Heath Miller, and my MAIN MAIN Antonio Brown making hay of the Jets’ defense. If the Steelers go up by 10 or more points, they’re gonna win. If they fall behind early… they’ll probably lose. Still, I really do like the Steelers in this game.

Tennessee at San Diego: Ohmygosh! Norv Turner is the most boring straight man ever, am I right? The Titans got spanked by the Pats last week, while San Diego beat Oakland in the funniest game in NFL history (that wasn’t nearly as close as the 22-14 score would indicate). I think the Chargers win at home, even with that goofball QB they have. And yes, Simon knows he went to NC State, so stop emailing me about it!

Detroit at San Francisco: What happens when an unstoppable force meets an immovable object? We’ll find out this week, honey, when Sexy Stafford and Swaggin’ Johnson show up in San Francisco to meet the hunka hunka burnin’ defense that is Patrick Willis and the 49ers. The Lions are pretty good, and this could be a really close game. In fact, The Simon almost wants to take the Lions as his Upset Pick of the Week here. But he’s gonna say that the 49ers come away with a win. But if the Lions win, he told you that, too. Gosh, picking games is HARD!

Denver at Atlanta: That ugly Peyton Manning (herein after “The Forehead”) go to my daddy’s hometown to take on the Falcons. After seeing the Broncos’ offense walk all over the Steelers last week, I just don’t think there’s any way the Birds can win this one. Sure the Duuuuurrrrrttttyyy Birds looked pretty good against the Chiefs… but come on…. they’re the Chiefs! If you lose to Kansas City they move you to the Arena League, right? I’m taking the Broncos to win this one pretty easily, even if it is in the Dome.

I hope ya’ll enjoy the picks! See ya’ll next week! 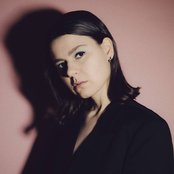 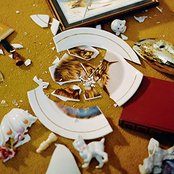