I’ve used this site to publish lists of all sorts of favorite things: TV shows, albums, radio stations, Firefox extensions… Yet it occurred to me the other day that, despite having an Android phone for almost two years now, I  haven’t done a “Best Android Apps” post yet. So let’s fix that!

Below are some of my most favoritest Android apps. I’ve tried to keep the list as general as possible: I have several sports apps I love, but not everyone loves sports, so I’ve left them off the list. All apps listed below are free, although many have “Pro” or “Ad-Free” flavors, too. Some require root access, but these will be noted as such. All links are to the app’s page on Google Play.

Shush! – This app silences the ringer on your phone for a given amount of time. But the best part is that there’s no “app”. You just use the volume buttons on the side of your phone to silence the ringer, and a window pops up asking when you’d like the ringer to come back on. There’s also an option to choose the volume level when the ringer comes back:

I use this app every single day: I charge my phone on my nightstand, but don’t want the various notification sounds to wake up me or the missus. So I set it silence the phone until 08:30 or so the next morning. I say “or so” because there’s no way to have Shush! resume the ringer at a specific time. As you can see from the screen cap above, there’s an awkward rotary menu, and it selects time in 15 minute chunks. So if I use Shush! at 23:07, my only options will be to restore the ringer at 08:07, 08:17, 08:37, or 08:47. I kind of wish Shush! also had a whitelist feature, where calls from people I choose could override the settings. I know such apps exist, and I’ve used them before, but I keep coming back to Shush! ‘cos it’s simple and it “just works”!

Alarm Clock Xtreme Free – If there’s one thing Google Play has tons of, it’s alarm clock apps. I should know: I’ve tried a hundred of them. And Alarm Clock Xtreme is my alarm of choice. You can use the app as a traditional alarm clock (choose the time, set the mp3 you want as the alarm), but the reason I like it is that it has math CAPTCHAs. Yes, you have to solve math problems to turn this alarm clock off. And, because of that, I’ve almost never overslept with this. You can choose how many math problems you want, and how complex you want them to be (“11 + 4” or “227 / 6”?). It also has a “graduwake” feature, where the alarm starts softly but gets louder as it goes on. There’s even an option to have “decreasing snooze duration” (i.e. the first time you hit snooze, you get 10 minutes; the second time you get 8 minutes). Despite so many options, the app is simple, and most importantly, the app is reliable. I’ve tried other alarm clocks in the past, and believe it or not, many had problems waking the phone from deep sleep. Like Shush!, Alarm Clock Xtreme “just works”!

AdFree Android (REQUIRES ROOT) – Ads are annoying on PCs, but they’re a major nuisance on mobile phones. Sure, they unnecessarily eat up your data allotment, but this spring a team from Purdue University and Microsoft found that mobile ads use up to 75% of all battery life per app on the Android platform. AdFree Android is a simple app: a company called BigTinCan maintains a list of the most popular ad servers. AdFree Android downloads that list and adds those servers to the HOSTS file on your phone as localhost. In a way, it’s much like how AdBlock Plus works with Firefox, but because AdFree Android uses the HOSTS file, ads are blocked across the entire phone, not just web browsing. I can’t recommend this app enough!

Dropbox – I’ve mentioned Dropbox several times on this site: it’s a service that creates a folder on your computer, and all files copied (or moved) to that folder are copied to Dropbox’s servers and any other devices you have running the Dropbox app. I frequently move files back and forth between my desktop and netbook via Dropbox. I even wrote a post about some of the nifty tricks you can do with it. But the cool thing about the Dropbox mobile app is that it has an option to automatically upload pictures from your phone to your Dropbox. Unlike Dropbox for computers, the Dropbox mobile app doesn’t download everything in your Dropbox automatically: it maintains a list of files, and they can be downloaded on demand (so you don’t unnecessarily waste your data plan).

Vonage Mobile – My plan with Virgin Mobile offers unlimited texts and data but only 300 talk minutes a month. This is normally not a problem for me as I rarely talk on the phone that much. But for a “limited time”, the Vonage Mobile app offers 3,000 free minutes a month to call any phone in the US or Canada (where “limited time” has been at least the past year, if not longer). If I’m at home with the Wi-Fi connection and want to make a call I know I’ll be on for a while (to call my parents, say), I’ll use this app instead of my phone, since it’ll come out of my 3,000 free Vonage minutes instead of my Virgin Mobile minutes. And it also comes in handy at big box stores: my phone rarely gets service inside a store like Lowe’s, for instance, but they offer free Wi-Fi, so I can call without having to go outside, which is nice.

SMS Backup+ – This handy app backs up your SMS messages and call log to your Gmail account. As one who wipes his phone (somewhat) often to try new ROMs, this app is vital. After wiping the phone and installing the new operating system, I install SMS Backup + and tell it to restore my messages and logs. In a few minutes everything is back where it should be. You can set the app to back up the info within certain timeframes, or to only back up when connected to Wi-Fi, if you choose.

Carat – One of the downsides to smartphones is that they have pretty awful battery life. Compared to older dumbphones, which could often go 4-5 days between charges, having to charge your Android device every day (sometimes more than once a day!) can be annoying. Carat is a monitoring tool developed by the AMP Lab at UC Berkeley. It keeps track of which apps are running on your device and submits samples to the AMP Lab. Those folks then analyze all the data from all Carat users to determine which apps are draining your battery, so you can uninstall or shut down power hogs. It doesn’t “do” that much as an app, but the collective data it gets is very accurate, and I’ve been able to extend my battery life by following its recommendations.

RSSDemon News & Podcast Reader – I’m a huge fan of RSS feeds on the desktop, but finding a good RSS reader for Android has been a chore. Thankfully, RSSDemon gets the job done, and looks great doing it. It can take some work setting up, as RSSDemon has “categories” for feeds (“Health”, “Science and Technology”, “Local News”, etc.). But once everything is set up, it looks great, and is a joy to use. This is especially true because it has a “delete all posts” feature, which is great when you haven’t used the app on your phone in a while.

Kitchen Timer – Just what it says on the tin: a timer app for Android. It has three separate timers, which is handy when cooking multiple things at once.

AppExtractor (REQUIRES ROOT) – ClockworkMod Recovery includes a backup app, and if you use it, AppExtractor can restore almost anything from it: apps, data, SMS and MMS messages, Wi-Fi settings, bookmarks, etc. If you use Nandroid backups at all, this is the only tool you’ll ever need to recover your data. The free version only allows you to recover five apps at once, while the paid app can restore as many as you wish.

TuneIn Radio – Pandora just doesn’t work for me. I like a lot of European synthpop bands, and I don’t know if the Music Genome Project just hasn’t gotten to that genre yet, or if Pandora has limited licensing in that area or what. All I know is, if I enter a band I like into Pandora, there’s a 90% chance it won’t recognize the band at all. And if it does happen to know the band, it’ll play the same six Depeche Mode and Erasure songs, even though I’ve downvoted them a hundred times. I prefer to find new music manually, by listening to radio stations I’ve found from across the globe. And TuneIn Radio is prefect for that. The app has thousands of radio stations from every continent on the globe… even Antarctica! The app also has police and EMS channels from a variety of cities too, if that’s your thing. Be sure to sign up for a free account so that you can save your favorite channels to the website (for desktop streaming and in case you need to wipe your device). 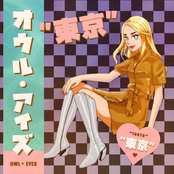