Hey, y’all! Simon here! Wow… Was Week 14 WILD or what? There were 104 touchdowns scored last week – a new NFL record! It’s like defense doesn’t exist any more in the NFL… or at least Pittsburgh! And speaking of wild, my main main Antonio Brown was a couple inches away from a WILD finish of his own! I went 11-5 last week, same as the week before, making me 130-77 for the season.

San Diego at Denver: For once, an interesting Thursday night game! I don’t know if Pey Pey is going to let loose the hounds, but I’m pretty sure the Broncos will win this one!

Washington at Atlanta: Oh Gawd! What a TERRIBLE game this will be! Word on the street is that the ‘Skins are going to start KIRK COUSINS over RG3! That’s not a good sign at all. I say take the Falcons, because SOMEBODY has to win this game… unless it’s a tie.

Chicago at Cleveland: Poor Cleveland. Ya know, Pittsburgh fans feel sorry for folks in Cleveland. They had their team taken away from them, and a really crappy team put in it place. They deserve better. But they ain’t gonna get it this week… Take the Bears to win.

Houston at Indianapolis: Oh my! The big, strong sexy Texans continue their death spiral this week. Although Indianapolis hasn’t totally been up to snuff lately, I think the Colts will win this one!

New England at Miami: The Boys from Beantown come to South Beach this week, and assuming Robert Kraft’s checks to the officials clear the bank, expect the Patriots to win this one. And Tom? You won’t need the Uggs down there, honey!

Philadelphia at Minnesota: You’d think some sexy Viking mens wouldn’t have a problem with a bunch of dang-gum birds, but you’d be wrong. Nick Foles – where have you been all my life, sexy? – will get it done against the water boy, or whoever the Vikings start at QB this weekend. Matt Cassel? Shoulda stuck with the water boy! Take the Eagles!

Seattle at New York Giants: The Simon has mentioned it several times this season, but west coast teams don’t usually play very well on the east coast. Not a problem here, however: take the Seahawks to win easily in Joy-sey this week!

San Francisco at Tampa Bay: Jeez.. is this week easy or what? Take the 49ers!

Buffalo at Jacksonville: Once again, Simon is saying that the kitties will win! The real question is… when will you start listening to him? Take the Jaguars!

Kansas City at Oakland: The AFC West is.. blah blah, blah. The Chiefs will win this game, and you know it!

New York Jets at Carolina: After my MAIN MAN Cam lost in the Bug Sleazy last week,  expect the Cardiac Kitties to bounce back with a win over the hapless Jets. And is it just Simon, or is this New York team constantly referred to as the “hapless Jets”? Shouldn’t that be their official name now… ‘the New York Hapless Jets”?

Green Bay at Dallas: Eh, I hate the Cowboys… WHY DO YOU HAVE ALL THOSE SHADES OF SILVER AND BLUE IN YOUR UNIFORMS AND NONE OF THEM MATCH?? KARL LAGERFELD IS APPALLED! But I just don’t see how Matt Flynn can lead the Pack to a victory in Jerry’s house. Take Romo and the Cowboys to win.

New Orleans at St. Louis: Another yawn. Take the Saints!

Cincinnati at Pittsburgh: Well, this one will be brutal. It seems to Simon like the Steelers have a napping problem. The offense will come out and look GREAT, maybe go up 14-0 on the opposition. But then they’ll sleep through the second, third, and half of the fourth quarter and find themselves down 28-14. And the defense seems to nap every other possession, looking GREAT on one drive, then PITIFUL the next. I suppose it’s possible that the Steelers could get it together and play 60 solid minutes of football. But I don’t think that’s gonna happen. The Bengals are just too good this year. One too many three and outs for the Steelers offense, or one too many big plays given up by the defense is all the Bengals need to win. 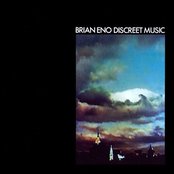