It’s been a long time since I’ve written anything about Mad Men on this site… and that’s a shame. So let’s fix that!

One thing I’ve always loved about the show is the bizarre lengths the producers go to to make it authentic. We all know some of the more famous examples, like how the show’s “costumes” include things like socks or stockings and underwear, even in scenes where characters aren’t going to show them. So every one of Joan or Peggy’s panty lines are from underwear based on actual 1960s designs. And then there’s the time Lane Pryce shook a handful of change and the sound was distinctly the sound of pre-1965 silver coins.

But here are a few borderline insane attentions to detail you might not know:

– One of Sterling Cooper Draper Pryce’s clients is a fictitious company called “Sugarberry Ham”.  In the season four premiere,  Peggy and Pete come up with a viral marketing stunt – hiring actresses to fight over hams in a grocery store – to get the recently-departed company to come back to the agency. You’d think finding a “historically accurate” canned ham would be easy… but no. Matt Weiner, the show’s creator and runner, rejected every single canned ham prop master Ellen Freund found… and she literally searched the whole world for the “right” canned ham. Freund was at her wit’s end, and was THIS CLOSE to calling a ham manufacturer to have a canned ham made to Weiner’s exact specifications. Luckily for her, another researcher found evidence that some of the canned hams they’d already found were appropriate for the time period. (Source)

– There’s another story that Matthew Weiner came to the set one day and obsessed over a bowl of fruit. Fruit of today is apparently much larger than fruit of the past, and shinier, since many types of fruit often get a coat of wax before shipping. So Weiner ordered a poor intern to go out and find smaller, duller fruit. (Source)

– Ever looked at the ice cubes on Mad Men? For one thing, the show uses actual ice cubes instead of more common acrylic cubes that last much longer while filming. But that’s not all: the show has – yes, you guessed it – historically accurate ice cubes. For scenes set in people’s homes, the show makes cubes from vintage metal ice cube trays people would have had in their homes in the 1960s. But for shots outside the home – like restaurants and bars – the show has an agreement with a “specialist ice producer” in Los Angeles to make authentic one inch square cubes. (Source)

– Here’s perhaps the craziest story of all: the set designers needed a bunch of fluorescent bulbs for the Sterling Cooper set. So they bought several types, and found a few that appeared to match the required time period. So they placed an order for 800 such bulbs… but only after they arrived did anyone notice that the interiors of the bulbs had modern components not available in the early 1960s. The team made frantic phone calls to any supplier they could find, but could not get their hands on enough bulbs. So Movie-Tone, a lighting supply specialist for the movies – stopped production, retooled their manufacturing plant, and made all the bulbs the show needed. The last shipment arrived on the first day of filming. (Source) 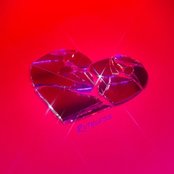