A couple days ago, a Reddit user posted this picture of a circa 1976 McDonald’s hand puppet toy:

Of course I remembered those things! All of the McDonaldland characters had a puppet, but the distribution of the characters wasn’t equal. Grimace was by far the most common, and Ronald McDonald was the rarest. So a kid with a Ronald McDonald puppet was king of the neighborhood! Another thing I remember is your hand getting really hot and sweaty inside what amounted to a large plastic glove.

Anyway, I got to thinking about it, and I recalled Dolley Madison’s licensing deal with Peanuts. Around the same time McDonald’s was giving away their puppets, Dolley Madison was giving away Peanuts “balloons” inside every box of Zingers and Koo Koos. And just like the McDonald’s puppets, the distribution of the Peanuts balloons was skewed, too. I “made” my mom buy me something like 25 boxes of the treats that summer. I got a dozen Peppermint Patty balloons, six Charlie Browns, 1 Linus and 1 Schroeder. But then, one magical day, Mom came home from the store with a box of Zingers… with Snoopy inside:

HOORAY! After all that time, I finally had the Snoopy balloon, and Snoopy was bad ass! I was gonna be the King of the Neighborhood at long last! My five year-old self rejoiced!

I eagerly blew up the balloon, and turned to show Gordon, my next door neighbor, my triumph. Before I could even finish turning all the way around, Gordon, being the little bastard he was, slapped his hands together between the balloon, like he was trying to kill a fly. The balloon burst into 2 or 3 pieces. I’d had my precious Snoopy balloon for a grand total of 6 seconds before Gordon destroyed it. Some 38 years later and I’m still like, “FUCK YOU, GORDON!” Little bastard. 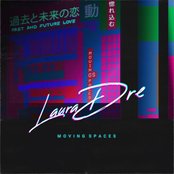