Well, I “enjoyed” a blast from the past watching The Concorde… Airport ’79 last night. None of the Airport movies were that great, but IMHO this one was the worst by far. Ridiculously low budget. Horrible special effects. But the worst thing of all? A story that’s literally telegraphed within the first minute of the movie!

It begins in Paris, where a Concorde takes off for Dulles and its new owner, Federation World Airlines. As an aside, I’d almost forgotten that Concorde was built to be a “regular” plane, in the sense that airlines like Delta and Pan Am were supposed to buy them and add them to their fleets. Of course, the oil crisis and anti-SST protests nixed all that, so Concorde was dumped on to Air France and British Airways.

Anyway, as the plane approaches Dulles for landing we see a drone test being conducted on the Virginia coast by defense contractor Harrison Industries. The drone has been built to take down jet fighters, and looks like K.I.T.T. from Knight Rider in missile form. WHY DOES A MISSILE NEED BLINKY LIGHTS ON THE OUTSIDE? AND COULD THESE TWO EVENTS POSSIBLY BE RELATED SOMEHOW?

The plan is, the Federation Concorde will fly back to Paris the next morning, then on to Moscow for a “goodwill visit” ahead of the 1980 Moscow Olympics (the film was shot was pre-boycott, I guess). But wait: local hotshot reporter Maggie Whelan is taking that flight… because the NBC affiliate in DC just has money to burn, I guess.

The night before the flight, an accountant from Harrison Industries shows up at Maggie’s house alleging that company CEO, Dr. Kevin Harrison, has illegally sold weapons to Cuba, Angola, Uganda, record company executives, the New England Patriots, and every other scummy organization you can think of. The accountant tells Whelan that someone will give her documents to prove this the next morning… but then a hitman just kinda walks through the front door (without knocking? how RUDE!) and shoots him. He takes a few half-hearted shots at Maggie and leaves. And oh… did I mention that Maggie is DATING KEVIN HARRISON? What a coincidence, amirite?

So… the plot magically falls into place: Maggie is handed the documents as she’s boarding Concorde. Harrison sees this and knows the evidence is going to send him to Federal Pound-Me-In-The-Ass prison, so has the next drone test moved up to that morning. One of his guys rigs the drone’s software to “have a fault” (wink-wink!) and blow up the Concorde. Of course, our heroes, the pilots, save the plane. So Harrison has fighter jets sent out to take down Concorde (and hey, what private citizen DOESN’T have his own personal air force?). The pilots once again save the day and make an emergency landing at Orly.

Harrison has one last chance: instead of, ya know, immediately rushing to the NBC office in Paris and breaking the story of her boyfriend illegally selling weapons to America’s greatest enemies, Maggie decides to go sightseeing or something. Maybe get a croissant at a SUPER-CUTE café in Montmartre? I dunno. We don’t know, because the movie chooses to take this time to show the two pilots in a bar, specifically to show George Kennedy’s soft, sensitive side. HE’S TOUGH AS NAILS, BUT HIS WIFE DIED AND HE MISSES HER, YOU GUYS!

Anyway, this allows one of Harrison’s henchmen to disguise himself as a mechanic and rig the cargo door to open after the plane takes off the next morning. Yes, the next morning: although the Concorde was beat to hell evading drones and missiles – doing barrel rolls and loop-the-loops like it was a giant goddamn F-16 – and half the rubber wore off the tires making that dramatic “stops 5 feet before the end of the runway” emergency landing… it’ll be ready to fly again in less than 12 hours! If Trump really wants to build that wall, he should hire these guys! Also, Harrison must have Scrooge McDuck money to pull all this off. If I gave you an hour to get to Orly airport, find a mechanic’s outfit (complete with ID) and build a device that can press the keypad buttons on the cargo door when the plane reaches a certain altitude… could you do it? It’s not like you can go to Lowe’s and ask for a “Concorde cargo door sabotager”.

So the plane takes off for Moscow the next day and, sure enough, the cargo door opens as planned. Holes start ripping through the fuselage, causing people to almost fall out of the plane. Interestingly, the holes only appear under actors we know, not the nameless extras seated throughout the plane. Odd coincidence, that. Of course the pilots – who are goddamn national heroes by this point – manage to land the plane in a snowbank in the Alps. There are a few bumps and bruises, but everyone is OK. The movie ends with the last people getting off the plane, which fades to a shot of the Concorde flying (peacefully!) through the air. It’s like they ran out of money at the very end and the writers withheld the ending or something.

So… where do I even begin with this?

As mentioned, the Concorde is treated like a giant jet fighter, able to do almost anything an F-16 can… even down to evading two Exocet missiles at once! But the best part is when, in an attempt to evade one of the missiles, the pilot opens a window, sticks his arm out, and fires a flare (to throw off the heat-seeking missile, you see). Because sticking your arm out the window at MACH 2 won’t instantly break it into a hundred pieces – it’s just like tossing an empty soda bottle out the window of a moving car! And all that, as if some dinky flare is somehow gonna confuse the heat-seeking missile compared to four giant Rolls-Royce engines that have pumping out 10,000 pounds of thrust (each!) for an hour. Spoiler: it works.

And the effects… woo, boy. This is some of the worst mattework you’ll ever see: at one point, you can even see a smudged fingerprint or streak in the sky as the “plane” flies by. But that’s only scratching the surface: shadows and light rarely make any sense: why is the Concorde lit from the OPPOSITE SIDE of the sun? Why does this jet fighter retain the same lighting as it flies through the sky? Some of the planes are clearly models they didn’t even bother putting little pilots into. Explosions sometimes don’t line up with where they’re supposed to be, and most of the time they’re transparent enough so you can see through them to the undamaged plane.

Oh, and speaking of the plane… ohmygosh it’s so hideous inside. The interior walls are a sickly shade of beige that reminds me of the smoker’s lounge at Salt Lake City International Airport. There’s brown plaid on the seats and on the bulkheads. Remember the Regal Beagle from Three’s Company? Yeah, like that, only it’s a plane. Either that, or it’s like the Steak and Ale at Northlake Mall in Atlanta circa 1978, only in the sky.

But the best worst part of the film is the cast. Robert Wagner plays Evil White Guy™ Dr. Kevin Harrison. George Kennedy plays hero pilot Capt. Joe Patroni, while Alain Delon plays French pilot Capt. Paul Metrand. Aside: I liked that Kennedy used the word “boffed” early in the film; I hadn’t heard that word in years! Eddie Albert plays Eli Sands, the airline’s president; oddly, he looks like he needs to take a shit really badly throughout most of the film. Which makes it weird that Martha Raye plays a passenger with a bladder problem that actually needs to go to the bathroom several times in the film. But she often can’t, because sax player Jimmie “J.J.” Walker – and yes, he literally walks around the cabin playing the sax – is smoking joints in the bathroom. It’s kinda funny: they show him smoking out the bathroom, yet when he finally opens the door, no smoke comes out, and no one notices the smell (also, Concorde apparently only had one bathroom). Cicely Tyson plays a mom who’s taking a heart (like, an actual human heart) to her son who is awaiting emergency surgery in France; during turbulence, the cooler almost files open, but it’s saved by sports reporter Robert Palmer (John “That’s Incredible!” Davidson) who is only on the flight because he’s boffing (ha!) Russian gymnast Alicia Rogov (Andrea Marcovicci) who is going home to Moscow. Oh, and how could I forget: Charo makes an appearance as a snooty passenger with a snooty little dog. There was some kinda law back in the 70s that any ensemble TV show or movie required Charo.

So yeah… as far as the cast goes, it was almost like an episode of The Love Boat, but on a plane. But Mercedes McCambridge (the evil voice of The Exorcist) is also in it, as is David Warner (who has been in a hundred things, like Ripper Street, Wallander, Inspector Lewis, Penny Dreadful, The Secret of Crickley Hall, Mad Dogs – and, less glamorously, What’s New, Scooby-Doo?). Ed Begley Jr. shines as “Rescuer #1” (yes, really). Also, José Ferrer has a role in the TV version (which was cut from the version I saw), Harry Shearer has a voice role, and Arrested Development and Archer star Jessica Walter plays Kennedy’s dead wife in flashback, which I don’t remember at all.

So yeah… it’s a shit film. But is it is good shit film? Meh – I give it a 4 on the Shitty Film Scale, where 1 is Henry: Portrait of a Serial Killer and 10 is Road House. It’s worth watching – once! – for the lols, but not much else.

How Can Our Love Be Blind
Postiljonen
14 hours 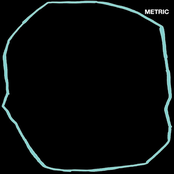 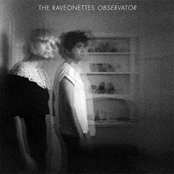 She Owns the Streets
The Raveonettes
14 hours