I watched a Danish series on Netflix a while back – The Rain – and noticed that the lead actress, Alba August, reminds me of someone from my past.

The Swedish Girl moved in to my neighborhood the summer between junior and senior year. She was 15½, and thus needed rides to and from school until she could get her license. Since she was cool and lived just down the street, I offered.

And that’s what our relationship was: I picked her up (some mornings) and brought her home (most afternoons). For several weeks. That’s about it.

Now I’m not gonna lie and say I didn’t have any feelings for this girl. But here’s the thing: for one, she was 15½ and still firmly in school, while I was about to graduate. We lived in the same neighborhood, so there was the possibility of post-break-up awkwardness . And, to be honest, I was sick of the Duluth High School drama by that point: why date someone at your school and deal with the 90210 bullshit when you can avoid it entirely by dating someone from a different school?

Having said that, I loved every second I spent with The Swedish Girl. I took her to school and brought her home, and we made each other laugh and listened to cool tunes along the way. Sometimes she’d draw me pictures as a thank you for toting her. It was probably the sweetest, most innocent relationship I’ve ever had: a cute Swedish Girl was drawing pictures for me and it was fucking adorable.

EDIT – 12/21/2018: I was going through some old pictures I’d scanned and found one of her drawings! This is kind of a simple one – just an R.E.M. logo. I’ve blurred her signature for privacy reasons:

But then I did something – insulted a friend of a friend of The Swedish Girl. I think? I never really knew, which is kinda what pissed me off so much when she dumped me as a friend: I never knew why it had to end.

My last interaction with The Swedish Girl came a year or two later.

It was a Saturday, and my friend Jamie and I had gone to Little Five Points for lunch and to check out the action. Heading back to Gwinnett, we got on the Downtown Connector northbound at Boulevard. I got over a couple lanes, then had to brake for traffic. I looked over at the car to my right, only to see The Swedish Girl. She pulled down her sunglasses and raised her eyebrows a couple times in a faux flirt. I, amazed by the coincidence,  just smiled at her like a moron. The Swedish Girl then gestured at the traffic ahead and mouthed the words “Wanna race?”

So The Swedish Girl just floored it. She had one of those nicer Accords – the “sporty one” is, I believe the correct Man Term for it. Within seconds, she was off like a rocket, weaving through traffic. It took my Jetta a bit to catch up, but when I finally did, it was neck and neck.

Doing 90+ mph through it all, dodging cars like they were asteroids in a video game.

The Swedish Girl and I would sometimes look at each other as we passed the other, sometimes smiling, sometimes smirking. It was like a really, really bizarre type of flirting:

It was also one of the dumbest things I’ve ever done in a car. And I’m not proud of it now. I coulda killed someone. But hey, at the time, it was just Saturday fun.

Fun, that is, until I finally came to my senses sometime after 285 but before Jimmy Carter Boulevard. There was a bottleneck in traffic, and The Swedish Girl and I had to pass a car. She broke right, while I broke left around the car. But I chose incorrectly: traffic in that lane had slowed considerably, with no way to switch lanes. I was boxed in and could only watch while The Swedish Girl sliced through traffic ahead. She was soon gone from my sight completely.

Which was fine, actually. I remember turning to Jamie, my heart pounding a hundred miles an hour, and saying something like “Oh my God! What did we just do? Man, if the cops had caught us I woulda been screwed. What the hell was I thinking?”

So that’s that. I saw The Swedish Girl turning into, or out of, my neighborhood from time to time, but that was all. If The Swedish Girl ever stumbles across these words, I genuinely hope you’ve had a wonderful life. Because, for a couple months in 1988 you were the coolest.

“Obedear”, by Purity Ring, from the album Shrines:

There was a resort in the north Georgia mountains my family used to go to when I was a kid. The resort eventually went bankrupt. My dad’s best friend was friends with the caretaker, so after the resort closed, my dad and his friend would sometimes slide the guy a couple hundred bucks to let us stay for a weekend.

It wasn’t too strange at first. It was the same old resort… just with my family and our family friends being the only people there. But as time went on, it got creepy: the golf course, once so carefully maintained, went to seed. The tennis courts started to crack, and weeds started poking up through them. The water in the swimming pool, once an inviting shade of blue, slowly turned a sickening green.

To my young self, the creepiest thing of all was the resort’s dining room. Like a failing restaurant, the resort shut down without warning, so that employees couldn’t make off with cases of Scotch and lobster. So the dining room sat – perfectly preserved, as if ready to serve dinner that night – for years. There were bread plates, water glasses, silverware, ash trays and cloth napkins, carefully fanned into peacock shapes, on every table. Silk flowers sat in vases frozen in time. The dining room bar remained perfectly stocked with whiskey, gin and vodka.

The (golf) pro shop was the same: perfectly still, with boxes of golf balls and sets of clubs sitting patiently on the shelf, awaiting purchase by people who would never come. And, by the cash register, a stack of scorecards and an acrylic box full of those tiny pencils – still carefully arranged vertically, point side down – as if the club pro had simply stepped away for a few minutes.

I was probably 3 or 4 when we started going there and maybe 6 or 7 when the club shut down. We went 4-5 times after that, when I was 8-10. And yes, I did walk around the resort by myself, pretending some disaster had happened, and I was trying to find a safe hide-out. Walking Dead-style. Still, I’ll never forget looking in that dining room. The doors were locked, of course, so I had to stand on my tip-toes to see inside through the wall of windows that faced the 18th green. And the windows got grimy with time, so even the ghostly dining room itself eventually faded from view.

Everyone loves a good heist film, right? Our final tale is about one of the most audacious robberies in history: when a man, seeking revenge and tipped off by a monk, robbed the King of England:

Dick Puddlecote was angry. And not your average “oh, I forgot to pick up the dry cleaning” angry, either. He was angry to the very core of his being. Trillions of cells made up Dick’s body, and every last one of them was furious with the King of England.

Check out this amazing true story!

The Heist of the (14th) Century

Our third tale comes from the time I took a field trip to an almost-forgotten Charlotte landmark that may have provided the inspiration for the city’s nickname:

Bags of oats and corn were loaded into British wagons, while livestock pens were emptied of pigs and goats. But then, the strangest thing happened: one of the British soldiers knocked over a giant beehive, and angry bees started swarming all over the troops. Confusion and chaos reigned. Thompson and his men had been waiting patiently for a good time to shoot, and this was it. They opened fire, killing one British officer instantly. The militiamen silently moved to new locations, reloaded, and opened fire again. This caused Captain Doyle to think they were under attack by a larger force, so he ordered a retreat.

Even if you’re not from Charlotte, you just might love this quirky tale, too! Check it out:

The series finale of The Americans airs tonight on FX.  It’s a little too late to start watching it now, but if you should find it on a streaming service, it’s absolutely worth your time. The Americans was simultaneously one of the best TV shows of the 21st century, yet also one of the most underrated  of all time.

So… Goodbye to Philip and Elizabeth, and Paige and Stan… and poor Henry! It was a hell of a ride!

Hi! I’m Jim! I have a newly redesigned website where I sometimes share quirky tales from history. Every Monday for the next four weeks, I’m going to share one of those stories to (re)acquaint you with those tales in a feature I call HISTORY REPEATS.

Our second tale is about the Berners Street Hoax… quite possibly the greatest prank of all time:

Berners Street wasn’t very wide to begin with, and as word of the deliveries spread, onlookers appeared. The street was completely clogged with angry merchants, curious bystanders and police, who wanted to know why traffic had come to a complete stop on Oxford Street. As it happened, traffic had ground to a halt throughout much of London. But Hook had it all planned out. Like a symphony, this prank was approaching a crescendo.

It’s a hilarious story guaranteed to make your sides split! Check it out:

CHVRCHES singer Lauren Mayberry, immediately after swearing on live TV, having just remembered the many “No Swearing, Please!” posters backstage at the BBC’s Biggest Weekend show:

“Ecco” by Public Memory, from the Veil of Counsel EP: 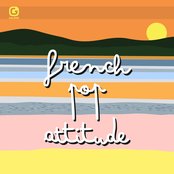 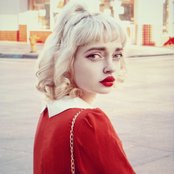 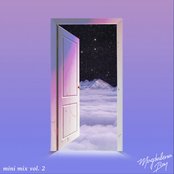 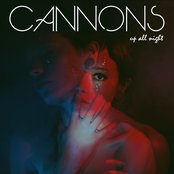 Up All Night
Cannons
43 mins