Peanut butter is one of the most popular food items in the United States. Just about every household has a jar of Skippy or Jif in the pantry, and even the most confirmed bachelor could probably whip up a PB&J on demand. But there’s a lot of fun stuff you might not know about humble ol’ peanut butter:

– It wasn’t invented by George Washington Carver! Peanut butter was invented by either the Aztecs or the Mayans and was used to make molé (sauce) for many dishes. Americans found many uses for peanut butter through the years, but it wasn’t until 1922 that “modern” peanut butter was made. In that year, a Californian named Joseph L. Rosefield developed a way to take what had been a gritty, runny, sticky mess and turn it into the creamy spread we know and love today. In 1923, Rosefield licensed his technology to Swift & Company, who sold the peanut butter under the brand name “Peter Pan”. A few years later he would open Rosefield Packing Company, who would market peanut butter under the brand name “Skippy”. So how did George Washington Carver become the supposed inventor of peanut butter? He was an incredible botanist who cared deeply for the poor farmers of the South, and he *did* advocate that they plant peanuts in cotton fields as a method of crop rotation. He also published dozens of lists of uses for peanuts and peanut recipes, several of which included recipes for (the older, gritty) peanut butter.

– The peanut butter and jelly sandwich was invented by soldiers in WWII! The US Army packed peanut butter in soldiers’ “meals ready to eat” (MRE) kits because peanut butter is a good source of protein that has a much longer shelf life than meat or cheese. Jelly was also included in the MREs because it too is shelf-stable and is easily spreadable on toast or biscuits. Some enterprising GIs put the peanut butter on one slice of the bread and jelly on another, then slapped them together to make a sandwich. The Army quickly noticed the phenomenon, and started developing ways to package pre-made PB&J sandwiches in MRE kits. Once the Army figured out a way to keep the bread from molding or going stale, they had a sandwich that was shelf-stable for three years… or more!

– It’s called “peanut cheese” in the Netherlands! The word “butter” is a legally protected term in the Netherlands, and so it would be illegal to market it as “peanut butter”. So the Dutch use the term pindakaas, which translates literally as “peanut cheese”. The Dutch version of the spread also tastes quite different than peanut butter sold in the US, Canada, the UK and Australia. It’s more savory than sweet, and tastes more like satay sauce than Skippy!

One Reply to “What You Didn’t Know About… Peanut Butter!” 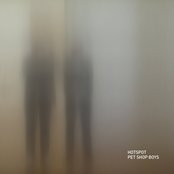 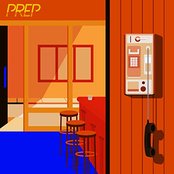