Here’s a bunch of old PDFs from the old site that might interest someone somewhere:

USS Cofer – There was a WWII-era ship called the USS Cofer. She was  named after a cousin of mine from Louisville, Georgia. She fought at the Battle of Leyte Gulf and won numerous service awards. This short PDF has some basic infomation about her.

Notes From Boston – A moderately amusing travel memoir from a trip I took to Boston in the late 90s.

Notes From Chicago – A moderately amusing travel memoir from a trip I took to Chicago in the late 90s. 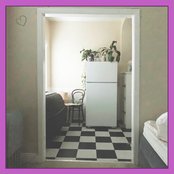 Good 2 Yourself
LIFE IN SWEATPANTS
27 mins

Fire For You
Cannons
33 mins