As I mentioned in this post from a few days ago, Mad Men is an original series on American Movie Classics (AMC). It’s set in an advertising agency in New York in 1960. Unlike other shows which have a “goal” – like getting a brother out of prison or getting off a mysterious island – Mad Men isn’t “about” anything. It is, however, like taking a time machine back to 1960 and watching people live their lives. And it’s one of the best shows on TV right now. Watch the clip below and you’ll agree!

But first, some setup is needed. Don Draper (the one who does most of the talking in the clip) is an advertising executive and the show’s protagonist. But he is not what he seems. Born to a prostitute who died in childbirth, “Don” grew up with his father and step-mother. His father died when “Don” was ten, and his step-mother remarried an abusive jerk. Plus, they live in a really small town. So when the Korean War broke out, “Don” eagerly signed up for the Army. When he arrives in Korea, he’s paired with a lieutenant to build field hospitals (due to some Army screw-up, the rest of the soldiers in Don’s company were delayed, so it’s just “Don” and his commanding officer). But then a deadly accident happens, and “Don” sees a way out: just before passing out in pain, “Don” sees a way to start his life over again… by switching dog tags with his (obviously dead) lieutenant.

So most of Don’s life is a lie. Although he has a beautiful wife and children, he constantly lives with fear, uncertainty and guilt. And the guilt only gets worse when he starts having affairs. It all comes crashing down on Don during this clip, where he’s pitching an ad campaign for the new “wheel” feature of slide machines to some executives from Kodak:

Folks, if that’s not Emmy worthy acting, I just don’t know what is! You should really, really, really watch the show… I’m serious… it’s beyond excellent! 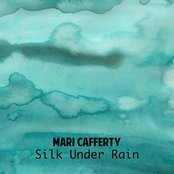 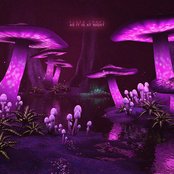 As It Is At Night
Elder Tones
12 mins