Apparently I’m not the only one that’s sick to freakin’ death of those Chevy commercials with John Mellencamp’s “Our Country”. As this article at Newsweek.com notes, sports fans all across America are sick to death of the commercials, and it’s even tricked up to the columnists at ESPN and other sports sites.

Sadly, though, they aren’t going away any time soon. In fact, Chevy plans to keep running the same nine new spots throughout this NFL season. They seem to be convinced that it’s helping truck sales. John Mellencamp likes them too, as it’s given him time in the spotlight for the first time in years. In fact, the only people that seem to dislike them are us poor viewers.

Thank God for the DVR, no? 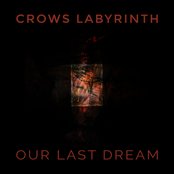