I instantly knew I had fucked up. I think it was the look on the poor guy’s face.

“I’m sorry… It’s nothing. Seriously, I’m sorry, man. It’s just been one of those days.”

And yes, it really was one of those days. And for some reason, this story still cracks my family up.

I do want to address one thing, though, and that’s the issue of “KFC being out of chicken”. Several times I year I’ll be surfing an Internet message board and find someone ranting about KFC being “out of chicken” when they visited the store. Just this week, someone on the Straight Dope Message Board posted a “share your wacky experiences at the drive-thru” thread. And predictably, someone posted a “I went to KFC and they said they were out of chicken! HAHAHAHA!” comment.

There are two instances where your local KFC might be “out” of chicken.

In the first case, they’re simply out of cooked chicken. This is a common occurrence, actually. Original Recipe chicken is cooked in a huge pressure cooker. I don’t remember the exact capacity of the cooker, but it was something like 20 pieces of chicken per rack, with 5 racks total per batch. Each batch took around 16 minutes to cook, therefore your average KFC can cook a maximum of 300 pieces of Original Recipe chicken per hour.

Of course, KFC has quality control standards like any other fast food restaurant, so the cooks just can’t come in in the morning and cook all 2500 pieces of chicken for that day. The chicken would get stale and nasty. So KFC managers must anticipate that day’s demand. And they usually did a pretty good job of it. District managers would keep abreast of all the “regional events” going on, and they’d call the store managers to remind them that (for instance) the Atlanta Falcons were in a playoff game that weekend, and to expect an increase in bucket orders that Sunday. Likewise, store managers were expected to keep abreast of “local events”, like a local megachurch having a picnic, or a Little League organization having a end-of-the-season dinner.

But of course, the store managers are only human. They can’t keep tabs on every local event, and it would only take one person ordering five 21-piece buckets for a family reunion to screw up the demand curve… especially the guy that would inexplicably come through the drive-thru at 8:30 on a Tuesday night wanting 100+ pieces of chicken. In any case, the only thing the store can do is make more chicken, and doing that takes time – at least 16 minutes, to be exact.

Oh, and by the way, Extra Crispy chicken is cooked in large open fryers, much like the fryers McDonalds uses to cook fries. You could “cheat” a bit and cram a few extra pieces of Extra Crispy into the fryer, but when someone comes through and wipes out KFC’s stock of chicken, there’s not a lot of good that 3 or 4 extra pieces of chicken can do.

In any event the bottom line is this: KFC can only make so many pieces of chicken per hour. Although they could cook chicken constantly, it’s a waste of product since it has to be thrown out after a certain amount of time. So the store managers have to anticipate the demand. They usually did a good job in figuring out how much chicken to make, especially on holidays, football Sundays, and weekend mornings and afternoons in the summer. But since the store managers can’t know everything, they’d sometimes get taken by surprise. And this was, in fact, worse at “off-peak” hours – like 4:30pm on a Wednesday afternoon. In this instance, the store might have 50 pieces of chicken ready to sell, and has only just removed the upcoming “dinner rush” chicken from the marinade. A flustered mom might come in (let’s say Subway lost her order for two 6-foot subs for her son’s birthday party) and she wants two 21-piece buckets now. As you can see, this would only leave the KFC with 8 pieces of chicken to sell… and two 4 piece dinners later, they’re out of chicken.

In the second case, your local KFC might be out of chicken completely. This was actually a pretty rare thing, but it did happen on occasion. And that has to do with KFC’s suppliers. Contrary to anything PETA might tell you, KFC doesn’t own their own “chicken farms”. They don’t raise their own chickens, nor do they research ways to genetically alter their chickens to make their breasts so large the poor chickens can’t walk. In fact, it’s much more mundane than that. KFC gets its chicken from the same suppliers that other restaurants and school or work cafeterias do: places like Gold Kist and Sysco.

Whole (cut-up) chickens were delivered to my store by a Gold Kist driver several times a week. Each chicken came in a clear plastic bag, and appeared to be a whole chicken… until the bag was opened and the chicken fell apart into separate pieces. What happened next depended on whether it was going to end up as Extra Crispy or Original Recipe chicken: Extra Crispy chicken was marinated in a type of buttermilk, while Original Recipe was marinated in some kind of brine. Eventually, though, the bird would be breaded and cooked… and in the end it really wasn’t that much different than the way your grandma made fried chicken, only on an industrial scale.

My point behind all this is that KFC gets their chicken from outside suppliers. And like any kind of outside supplier for any type of product, the supplier can occasionally drop the ball. Maybe they’re out of chicken. Maybe they screwed up the order and left the chicken off. Maybe they shipped 3 cases of chicken instead of 30. Maybe the driver goofed up and gave the chicken to another customer. Maybe the driver is stuck in traffic. Maybe the truck broke down. I don’t know… use your imagination. As I said, this didn’t happen very often, but boy were people mad when it did! And sadly, the whole thing was simply beyond our control.

One Reply to “Life at KFC” 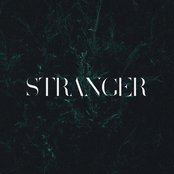