I’m still working on the recap of Thursdays’ season finale of Ashes to Ashes. I hope to have it posted tomorrow afternoon (Saturday).

I did want to mention a couple of things though: there will be a second season of the show; as the credits rolled on Thursday’s episode, the friendly BBC announcer said that the show would be back… next year with all new episodes. Next year? Next year? Why God, why? Why torture us so?

Also, the finale got pretty decent ratings: according to this article, the finale pulled in 5.4 million viewers. This is down from around 7 million for the series premiere, but it’s still pretty good for the UK market. The CIA Factbook estimates that the UK had 60,776,238 people in 2007, so that’s just under 10% of the entire British population watching Ashes to Ashes. That’s more than enough for a second season, don’t you think?

It's Not Enough
Heaven
now playing...

I Am a Boy (Remastered)
Minuit Machine
14 mins

More Than You Realized
Tempers
18 mins 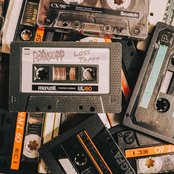