OMG – is 30 Rock the funniest show on TV or what? This is one show that I have to watch on the DVR, because the laughs come so quickly that I have to pause the TV, else I’ll miss a later joke because I’m still laughing about something that was said 30 seconds ago. I swear, this show might actually be harmful to your health. I do believe that I will one day literally bust a gut laughing at this show. Any why not? This episode had everything.

If you’ve never seen the show (and if so, why the hell not?), the plot is simple: Liz Lemon (Tina Fey) is the head writer\producer of a sketch comedy television show called The Girly Show , which features her friend Jenna Maroney (Jane Krakowski). Early in the series, Lemon gets a new boss, Jack Donaghy (Alec Baldwin), who decides to “spice up the show” by bringing “outrageous” black comedian Tracy Jordan (Tracy Morgan)  onto the show, which is then known simply as TGS. The show is mainly about Liz Lemon and how she deals with her boss (since NBC is owned by GE, Jack’s official job title is “Vice President of East Coast Television and Microwave Oven Programming”), her prima donna best friend (Maroney), a prima donna new member of the cast (Jordan), her staff of nutty writers, a sweet but naive NBC page (Kenneth Parcell, played by Jack McBrayer)… and oh yes, she’s trying to live her life and get a man in the middle of all this too.

Fey is, of course, the star of the show. Liz Lemon is desperate, nerdy, and aloof. Although I know full well that “Liz Lemon” is a fictional character, I think there’s a lot of Tina Fey in ol’ Liz. But Fey’s stardom is occasionally eclipsed by Baldwin, who has some of the best timing I’ve ever seen.

The most recent episode of 30 Rock – “Succession” – was one of the funniest things I’ve even seen on TV. Not only did the show have a running spoof of the film Amadeus (featuring the return of “Dr. Spaceman”, pronounced Spah-CHE-men), there was a lot of slapping, talk about diabetes, and even a discussion about Uncanny Valley:

And that’s just the plot! Here’s a  list of just some of the jokes from this episode:

“You look like Gene Simmons had sex with a basset hound!” – Liz, to Frank (pictures above)

“Don Geiss has stacked the board with the most reliable collection of cronies and ‘yes men’ this side of an Al Franken book signing.” – Jack

“I’d have my assistant sit on his naughty stool if he didn’t like it so much.” – Jack, after his assistant didn’t tell him his boss was in the office.

“Everyone knows the only thing we should be ashamed of is our bodies.” – Kenneth

“Eureka! … We should call Eureka, she always has great ideas.” – Tracy

“I’ll give you Kenneth!” – Liz, to Devon after giving away sensitive information about Jack.

“Devon … once they cast Clay Aiken in Spamalot, I knew it was just a matter of time before you showed up.” – Jack

“You’ve got the charm and spark of a young Leona Helmsley.” Geiss, to Liz.

“To get through it, I pretended he was a sandwich.” – Liz, about how she got through kissing Banks.

“My genius has come alive, like toys when you turn your back!.” – Tracy

There are tons of visual throwaway jokes, too. When Tracy wistfully talks about leaving a legacy for his children, he reaches behind a giant picture of himself to pick up a picture of his kids. Then there’s the fact that Frank had a chart visually describing “Uncanny Valley” when Tracy asked him about it. And then there’s the Amadeus spoof: 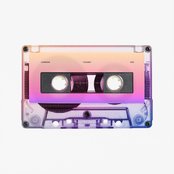 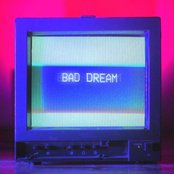 Fire For You
Cannons
18 mins