A memo is circulating around the House of Bishops that claims that “sufficient legal grounds exist for presenting Presiding Bishop Katharine Jefferts Schori for ecclesiastical trial on 11 counts of violating the Constitution and Canons of The Episcopal Church”. Read all about it here.

While I’m holding out hope that something could come of this, the realist in me knows that this isn’t going to go anywhere.

And the funniest show on television keeps rolling! First things first, though:

Anyone who says that Tina Fey isn’t hot is a moron. There, I said it. I’ll say it no more. I think I’ve made my point. Some of the great lines\scenes from this episode:

Jena: “A drinking contest? What am I, 12 and at my boyfriend’s frat party?”

Liz, about Floyd’s lie: “You used Ghostbusters for evil!”

Jonathan: “What about your friends in the Bush administration?”
Jack: “Has it gotten that bad? I’d rather work for an American car company than jump on that sinking ship.”

Floyd: “I’m like the Cleveland version of Michael Clayton.”
Liz: “Well… I hope your car explodes!”

Jack, on how he spent his day: “I even tried to catch a snowflake on the tip of my tongue but apparently that’s some sort of signal in Chelsea.”

Kenneth: “It’s against my beliefs! Like gambling and freeway driving.”
Tracy: “And I can’t drink! I still got my Hollywood sock on!”

Jack, trying to shock Geiss out of his coma: “Hillary Clinton is President, sir!”

Floyd: “Do you want to get dinner at that BBQ place where you puked?”
Liz: “You’ll have to be more specific.”

Liz: “I wolfed my teamster sub for you.”
Floyd: “Is that a saying?”

Jack, talking about the Teamsters: “You’ll have to beat them in a drinking contest… it’s in their contract.”

Liz walking slowly on her treadmill whilst eating a McDonald’s caramel sundae.

Kenneth: “The only thing necessary for the triumph of evil is for good men to do nothing.”
Tracy: “Please ask my permission before you quote me, Kenneth.”

The flashback to Liz playing D&D in college…

It’s official: Conservative candidate Boris Johnson has defeated “Red Ken” Livingston to become London’s first Tory mayor. Johnson’s win caps off an excellent election day for the Tories… and a bloodbath for Gordon Brown’s Labour Party. Labour lost an incredible 331 seats on local councils, 256 of which were picked up by the Tories.

This is devastating news for Brown, since local elections are much more closely intertwined with national politics in the UK. In fact, this could be the beginning of the end for Labour’s current 11-year reign. If trends continue the way they’re going, the Conservatives will be back in power at Number 10 in the next two years.

Perhaps the most amazing thing about the mayoral race is that Boris Johnson won the seat for the Tories. Johnson almost always appears aloof and disheveled, with his tie askew and his hair looking like he just got out of bed. Two years ago, the idea of “Mayor Boris” would have sent most any Londoner into fits of laughter… but not now.

Read more about it:

Archbishop Greg Venables, Primate of the Anglican Province of the Southern Cone (South America) has taken in many American parishes that can no longer, in good conscience, remain in the Episcopal Church. He’s even taken in an entire diocese (San Joaquin, CA).

As you might guess, this doesn’t sit will with Katharine Jefferts Schori, Presiding Bishop of the United States, Whore of Babylon, and Destroyer of the Episcopal Church. Venables was scheduled to go to Fort Worth to meet with the Rt. Rev. Jack Leo Iker, Bishop of Forth Worth, so she sent him this “nastygram”:

I write to urge you not to bring further discord into The Episcopal Church. Visiting a special convocation of the Diocese of Fort Worth with the expressed purpose of describing removal to the Province of the Southern Cone is an unprecedented and unwarranted invasion of, and meddling in, the internal affairs of this Province. I ask you to consider how you might receive such a visit to your own Province from a fellow primate. The actions contemplated by some leaders in Fort Worth are profoundly uncanonical. They also prevent needed reconciliation from proceeding within this Province.

I urge you to focus your pastoral ministry within your own Province. May your ministry there be fruitful. I remain

In response, Bishop Iker sent the following to Kate:

I am shocked and saddened by the rude letter you released yesterday to Archbishop Greg Venables, concerning his visit this weekend to the Diocese of Fort Worth. Far from being “an unwarranted interference,” he is coming at my request as an honored visitor and guest speaker.

You should know that under the canons this does not require either your approval or your support. You have no say in this matter. A diocesan bishop is free to invite other bishops to visit and speak in his diocese.

There are no efforts at reconciliation proceeding within this Province, which is one reason why faithful people continue to leave TEC in droves. Your attitude and actions simply reinforce alienation and bring further discord.

Once again, you are the one meddling in the internal affairs of this diocese, and I ask you to stop your unwelcome intrusions.

The Rt. Rev. Jack Leo Iker
Bishop of Fort Worth

cc: The Archbishop of Canterbury

Man… Bishop Iker KICKS ASS! I love that guy! I also love how Rowan Williams was cc’d on the letter! tehehehehehe – you GO Bishop Iker!

As a general rule, you don’t want to run a server operating system on your desktop PC. In fact, the only people that should run a server OS on their desktop or laptop computers are people that write software for servers, Quality Assurance (QA) testers, and certain IT guys that use their computers for testing purposes. But that hasn’t stopped a few misguided people that think it’s “cool” or “edgy” from running a server on their desktop. You know the type – “Look at me! I’m too cool for Windows XP! I’m running Windows Server 2003!”

As I noted in my News for 03/12/2008 post, many people are finding out the Windows Server 2008 can be easily tweaked to look and feel almost just like Windows Vista, yet Server 2008 runs around 20-30% faster than Vista on the same hardware. I found these numbers intriguing, and did some additional research… which led me to this site, which offers a free guide for tweaking Server 2008 to make it look like Windows Vista. I got myself a free copy of Windows Server 2008 (thanks, Microsoft!) and went to town. I eventually ended up with this:

Yep, that’s Server 2008 running on my desktop PC (click the picture to “embiggen”). It does, in fact, look and act like Windows Vista. But it’s not 20% faster than Vista on my computer… it seems like it’s 40% faster than Windows Vista! In fact, I couldn’t be happier with what I’ve experienced so far. Running Windows Vista on my computer – a circa 2003 Asus P4GE-V motherboard with a Northwood P4 (3.06GHz with HT), 2GB of RAM, a Radeon x1300 Pro video card and three PATA hard drives – was like installing Windows XP on a P133 with 32MB of RAM. But Windows Server 2008 – even with the eye candy turned on – only feels slightly slower than Windows XP on this box. In fact, Server 2008 acts like what I thought Vista would act like on this computer!

Feel free to try this out for yourself – I’m actually dying to find out if it works as well for you as it does for me. Keep in mind, though, that there are a few caveats to running a Windows Server operating system. Some programs are incompatible with Server 2008 (they most likely wouldn’t run under Vista, either). Also, many system utilities – such as disk defraggers and anti-virus apps – will check the operating system when you try to install them, see the word “Server” in the name and refuse to install. In most cases, the reason for this is not technical, but one of greed. Since it’s mostly companies that run servers, and since companies have deep pockets, many vendors offer a “Home” or “Personal” edition of their software for home users and a (much more expensive) “Professional” or “Server” version for servers. Although in most cases the software is exactly the same, the prices sure aren’t.

If you decide to run Windows Workstation 2008 (or are already running it), please leave a comment and tell me how it’s going for you!

A few weeks ago, Lisa decided to order us some pizza. She got on the phone with the folks at Pizza Hut, who convinced her to try the “Pizza Mia” pizza. It seemed like a good idea at the time: 3 medium pizzas for $5 each! How could we lose?

Yeah, right. Pizza Mia pizza is bad. I mean, it’s not awful… but it’s just not very good. Lisa and I both ate our pizzas unenthusiastically that night. In the following days I’d remind Lisa about her leftover pizza in the fridge.; instead of her usual “Yeeeeaaaaahh! I gots pizza!”, she’d just shrug her shoulders and say “Meh”.

I didn’t realize how truly bad Pizza Mia was until a couple of weeks later. We have some stray kitties that come up on our deck, and Lisa just can’t say no to a kitty. So she put a bowl of food out on the deck. This, of course, attracted a raccoon, who normally sneaks up on the deck and eats all the food left in the bowl. Well, one night I went outside for a smoke and found this:

Apparently the raccoon had found some Pizza Mia pizza in someone’s trash. And not only did my neighbors not want it, the raccoon didn’t want it, either, so he left it in the food bowl! Chester, the stray kitty pictured above., didn’t want it either – he whined and whined until the pizza was taken out of the bowl.

Man, if your pizza is so bad that even raccoons and stray cats don’t want it, you’re doing something horribly, horribly wrong!

As if having awful doughnuts and Rachael Ray as your spokesperson wasn’t bad enough, Dunkin’ Donuts is now on my “shit list” for muscling out smaller franchisees as well.

To meet their goal of tripling the number of Dunkin’ locations in the US, the company needs major franchisees, the kind of people that can afford to open a dozen Dunkin’ Donut stores at once. The only problem with the company’s plan is that there are existing franchisees that can’t do this – in many areas, “Mom and Pop” franchisees own 2 or 3 Dunkin’ stores, yet have exclusive rights to those geographic locations.

So, for example, let’s say that Lisa and I own the franchise rights to Dunkin’ Donuts in the metro Charlotte area. We’re a small company, only able to run 2 or 3 stores at once. Dunkin’ just can’t come in and open a bunch of new stores in the Charlotte area – that would violate the franchise contact that Lisa and I signed with the company. But Dunkin’ is itching to sell our rights to Charlotte Mega Donut Corp, who plan to open 100 new Dunkin’ stores as soon as we’re out of the picture. So how does Dunkin’ get us out of the picture?

Screw you, Dunkin’ Donuts. Krispy Kreme for life, yo! 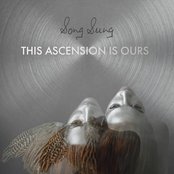 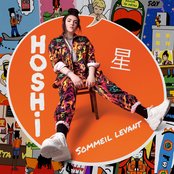 Where The Light Used To Lay
Yumi Zouma
14 mins 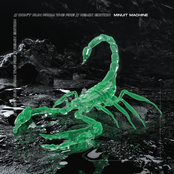 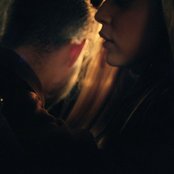