The final score from Athens:

So then it’s up with the White and Gold
Down with the Red and the Black
Georgia Tech is out for a victory
We’ll drop our battle axe on Georgia’s head
When we meet her our team will surely beat her
Down on old Georgia’s farm there’ll be no sound
When our bow wows rip through the air
When the battle is over Georgia’s team will be found
With the Yellow Jackets swarming around.

Enjoy a couple of pictures:

Oh, if I had a daughter, sir, I’d dress her in white and gold,
And put her on the campus to cheer the brave and bold.
But if I had a son, sir, I’ll tell you what he’d do–
He would yell: ‘TO HELL WITH GEORGIA!’ Like his daddy used to do.

Oh, I wish I had a barrel of rum, and sugar three thousand pounds
A college bell to put it in, And a clapper to stir it round.
I’d drink to all the good fellows, who come from far and near.
I’m a Ramblin’, Gamblin’, HELL OF AN ENGINEER! 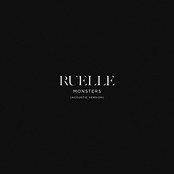