Wow. What can I say? That was one of the most thrilling Super Bowls ever, and though it looked kind of bleak for the Steeler Nation for a couple of minutes, our team pulled through.

And how appropriate. All season long, the Steelers formula has been this: put the World’s Best Defense on the field and keep the game close. When necessary, Big Ben and company will get the job done on offense, even if it ain’t pretty. All season long we’ve heard about how great the Steelers defense has been, and how it just might be the best defense since the 2000 Baltimore Ravens or the 1990 New York Giants. Some in the Steeler Nation even whispered the phrase “Steel Curtain II”, comparing the team to the 1976 Steelers, arguably the best defensive team in NFL history.

That defense played really well for the first three quarters of the game. Madden and Michaels barely mentioned the name “Larry Fitzgerald” after the first quarter. The defense even managed to pull off the defensive play of the year with James Harrison’s 100 yard interception return. But then it all started going downhill. The Steeler offense – so prone to sputtering at just the wrong time all season long – couldn’t get it going in the forth quarter. And the defense, which had been so good for so long, lost its composure and quickly fell apart. LeBeau moved Troy Polamalu off Larry Fitz, and Ike Taylor, despite a valiant effort, just couldn’t compete. In fairness, it seems like no one could stop Fitz during this post season.

So it was up to Big Ben and the offense to get the job done. Tomlin put the entire team on Ben’s shoulders. Ben Roethlisberger – the quarterback that had a passer rating of 22.6 in Super Bowl XL. The same man that gave the Super Bowl XL game ball to Jerome Bettis, not only for sentimental reasons, but also because deep down he felt as though he didn’t deserve it. And, just like another quarterback that once wore the number seven, Big Ben delivered. 1:56 left in the game, 3rd and 6 at their own 26 yard line: a 13 yard catch by Holmes. An 11 yard catch by Washington. An incredible 40 yard catch and run by Holmes. And then… with 42 seconds left… the pass that just might get him in the Hall of Fame. An MVP catch by Santonio Holmes, a guy that’s won us far more games that I would have predicted at the start of the year.

Suddenly, the Steelers are up 27-23. The Cards have to go for the touchdown to win. The Steeler Nation rose as one to cheer for the defense just one more time. Harrison, Woodley, Hampton, Taylor, Polamalu, Farrior, Keisel, McFadden, Townsend, Timmons… names that will one day stand proudly alongside Greene, Blount, Lambert, Ham, Greenwood, Edwards and Wagner. On the Cards last play from scrimmage, Lamar Woodley finally got the sack he’d been looking for – one that resulted in the ball popping out of Kurt Warner’s hands. The ball was recovered by Keisel: game over. Oh, I know there will be Cards fans whining for the next decade about how the play wasn’t reviewed by the booth. I’ve looked at it a thousand times, and yes, it is a fumble. If you have the game on your DVR, look at the final replay – the angle from behind and to the left of Kurt Warner. His arm is going back… Woodley gets a hand on it before he even finishes bringing the ball back. The ball is tipped, and it’s out of Warner’s hand before his arm starts going forward. It’s a close play, to be sure. But it’s also as plain as day.

As a Steeler fan, I wanted the game to be a 56-0 blowout. That’s only natural, right? But I had plenty of company over to watch the game, none of whom are especially big fans of either team. And just before kickoff, my friend Scott said that he wanted to see a good game. I thought about it for a minute, and decided that he was right. 56-0 would be great. But 21-20 would be even better. Scott, my friend, I think you got your money’s worth this year. This game was thrilling. A Super Bowl for the ages. I don’t know what the NFL’s done to make the Super Bowl so Super in this decade, but they’re really bringing it. From 1980-1999, the average score in a Super Bowl game was 35-17. But with the exception of Super Bowl XXXVII – the 48–21 snoozer between Tampa Bay and Oakland – the Super Bowls of this decade have indeed by super. This year’s game was an incredible follow-up to last year’s 17–14 Giants’ win over Darth Vader and the Forces of Evil, and Indy’s 29–17 win in the driving Miami rain.

This year changed me as a football fan in one important respect. Like most football fans, I had always pulled for the weakest possible schedule. After all, who in their right mind would want to play Dallas, Philadelphia, Washington, San Diego, Baltimore, Tennessee, Indy, and New England in the regular season? I’ll tell you who… Steelers fans. This was the year I “manned up”. The year I said “Bring it, bitches!”. The year no team – not a one – scared me at all. I had such faith in my team that it didn’t matter who we played. We’ll take on the entire NFL if we have to. Hell, playing the schedule we did only made the Super Bowl victory that much sweeter!

Around midseason, I found out about the Who Dey Revolution in Cincinnati. This tongue-in-cheek “terrorist movement” advocates the “firing” of Cincinnati Bengals owner Mike Brown, often by using outrageous stunts, like replacing the urinal cakes at Paul Brown Stadium with ones that say “98-186-1 – Get Pissed!” on them. And something in me clicked, and I immediately felt bad for these people. Whereas before I had always seen the Bengals as a Steelers punching bag, I now saw them as a team that should be a worthy adversary. No fans deserve a team with a 98-186-1 record, not even Bungles fans, and that’s why I fully support the WDR – because if you guys get better and better, it’ll be all the more fun beating your ass twice a year.

And so… as the magical journey that was the 2008-09 NFL season comes to a close with the Pro Bowl next week in Hawai’i (get used to being there, John Harbaugh) I can only say this about next season: 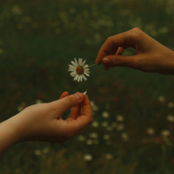 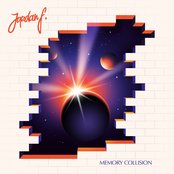 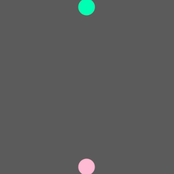 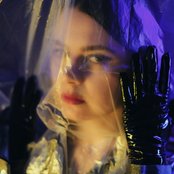