Except for the bitter cold, Wednesday, March 1, 1950, started off like any other day in Beatrice (Bee-AT-riss), Nebraska. Kids went to school, dads went to work, and housewives did their shopping. Everything seemed perfectly normal in this small town of around 10,000 people.

Wednesday was the day that Beatrice’s West Side Baptist Church usually held choir practice. Owing to the piercing cold, pastor Walter Klempel went to the church late that afternoon and lit the furnace so that the sanctuary would be warm by the time practice started at 7:30 that evening. He then went home for dinner, expecting to come back at around 7:15 when choir members usually started showing up.

At 7:25 that night, West Side Baptist Church exploded. The blast was so intense that it blew the sides out of the building, causing the roof to fall straight down. Windows were shattered in many neighboring houses, and the town’s only radio station was temporarily knocked off the air.

Investigators would later determine that the explosion was caused when a gas leak outside the church came in contact with the furnace’s pilot light. But that’s not what makes the “West Side Explosion” so interesting. No, what makes the story so remarkable is that no one was hurt. It might sound like an urban legend, but in this case it’s true… all 15 members of the church choir ran late that night:

– Reverend Klempel normally brought his wife and child to practice. But at 7:10 that night his daughter Marilyn Ruth spilled something on her dress. Mrs. Klempel had to iron another dress, causing the family to run late. They were at home when the blast occurred.

– Marilyn Paul, the church pianist, usually arrived early to organize her sheet music and warm up before the choir arrived. On this day, however, she felt tired after dinner and took a nap. Her mother – who, as the choir director, also attended practice – couldn’t get her to wake up until 7:15. By the time Marilyn woke up and got ready to leave, the explosion had already happened.

– Harvey Ahl’s wife was away visiting relatives, leaving him in charge of the couple’s two young boys. He had planned to take them with him to choir practice, but the family started talking and telling jokes and Harvey simply lost track of the time. Almost as soon as he looked at his watch and realized that he was late, he heard the explosion.

– Neighbors Lucille Jones and Dorothy Wood normally went to choir practice together. But on this night, Lucille got sucked into a radio show that ran from 7:00 to 7:30. The high school girls were normally on time for practice, but on this particular night Lucille wanted to hear the end of the program, and so Dorothy decided to wait for her.

– Another high school student, Ladona Vandergrift, was stumped by a geometry problem in her homework. Known for her punctuality, on this night she decided to stay home until she solved the problem.

– Sisters Royena and Sadie Estes were having car problems. In fact, their car hadn’t started all day. They called Ladona and asked if she would pick them up, but Ladona was working on the geometry problem and was running late herself.

– Herb Kipf had put off writing an “important letter” for several days. He started working on it late that afternoon, and decided that he would stay home and finish it before heading out to practice.

– Mrs. Leonard Schuster normally arrived at practice at 7:20 with daughter Susan in tow. On this day, however, Mrs. Schuster had gone to her mother’s house to help her get ready for a meeting being held there that night. She got so involved in cooking and cleaning that she ran late.

– Because it was so cold out, choir member Joyce Black simply didn’t want to leave her cozy house. She dilly-dallied until the last possible moment, and just as she was leaving, the church exploded.

C.S. Lewis once said something to the effect of “miracles don’t break the laws of nature – they happen when all the laws of nature align perfectly”. Never once, that any church members could recall, had all the members of the choir been late before. But thanks to a spill on a dress, an after dinner nap, a car refusing to start, a tough geometry problem, a radio show, and a few other mundane events, 15 choir members and several members of their families lived to tell the tale of the “Miracle in Beatrice”!

3 Replies to “The Best Luck Ever!” 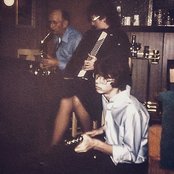