As you’ve probably read here and at other Internet sites, Time Warner is temporarily shelving plans to offer capped bandwidth plans to customers. But that doesn’t mean that the company still isn’t acting like a petulant child – news is leaking out that users in Austin, Texas are running into TWC’s “proposed” 40GB limit and having their Internet service cut off. Worse yet, when Time Warner contacts heavy users, the company’s not giving them an explicit cap – just advising them to “use less”.

Did Time Warner learn nothing from the Comcast debacle?  Last year, Comcast got in trouble for threatening to disconnect heavy users… but not telling them how much data was “too much”. This led to considerable criticism from tech websites, who (rightly) stated that it was impossible for people to stay within the company’s bandwidth limits if no one would tell them what those limits were. Imagine, if you will, signing up for an “unlimited” cellphone plan, then getting a nasty call from the company’s “security team” telling you to not use so many minutes. And when you ask “well, how many minutes can I use?”, the only answer you get is “fewer”. That’s essentially what Comcast was doing, and it got a smackdown for it (well, that and actively interfering with Bittorrent protocols). So now Comcast has an explicit cap of 250GB/month.

Of course, TWC wants to have a smiliar cap… of only 40GB/month. Let me break down the math on that for you again: assuming that each company’s “basic” broadband plan costs $45/month, Comcast is charging its customers around 18¢/GB/month, while TWC wants to charge its customers $1.13/GB/month for the exact same product.

If people could change cable providers as easily a cell phone companies, I wouldn’t be up here bitching up a storm about it. But, in many areas, TWC is the only choice for broadband. They’re a monopoly. And one of the key legal tests of an illegal monopoly is whether a company, as the sole provider of a good or service, increases its prices for no legitimate reason. We all understand that companies occasionally have to raise prices to account for inflation. Or they might have to increase their prices significantly if the price of one of the raw materials skyrockets. But that isn’t happening with Time Warner. Bandwidth has never been cheaper, yet TWC wants to double the rates for your home Internet connection, if not treble them.

Oh, and just this past Friday, the missus and I got a slick new color catalog from AT&T about their U-Verse offerings. Hmmm……

In Vacuo
Succession of Images
10 mins 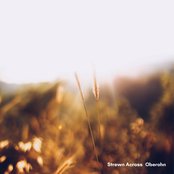 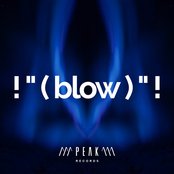