Yep – our littlest cat, Chloe, still loves her some honeydew!

As the Stanley Cup finals begin tonight, I just wanted to mention that some of us haven’t forgotten that little… “incident” from the previous round of the playoffs:

One last thing for today. Sorry that it’s a bit of sad news…

LONDON (AFP) — Depeche Mode frontman David Gahan has had a malignant tumour removed from his bladder, the British band said Thursday, announcing plans to resume a European tour interrupted by the health scare.

One of Britain’s most successful and longest-lived bands, Depeche Mode cancelled a string of concerts this month after Gahan was rushed to hospital on May 12, shortly before going on stage in Greece.

The problem was announced as a severe bout of gastroenteritis at the time, but Thursday’s statement revealed the more serious condition discovered after tests.

Are these the people you want managing your money???

Shoemakersville residents no longer have to wonder why their beloved bank, the only one in town, closed in April.

The corporation, operating under the name Meridian Properties Inc., lost the building in a tax sale Sept. 24, 2008, according to records in the Berks County Tax Claim Bureau.

Despite numerous phone calls, certified letters and even a sheriff’s notification, Wachovia failed to pay $9,600 in delinquent taxes and penalties, Long said.

Even if Wachovia wanted to close the branch (as they claim), why would they let the property be seized and sold for $16,900 when the property is worth $240,000??

Yeah, I know this picture is photoshopped to hell and back, but I don’t care. All I can say is.. DAMMMNNN!

One of the worst-kept secrets of the NBA has finally been made public: Bob Johnson wants to sell the Charlotte Bobcats.

This post over at the QC Sports Blog lays it out better than any local news site I’ve seen. You should read it for yourself, but here’s the short version: Johnson has gone from a billionaire to a $500 millionaire in the past couple of years. He has made it perfectly clear that he owns the Bobcats as a business investment, not from any passion for the game or the people of Charlotte. And now that he is hemorrhaging money, he needs to get rid of the team ASAP.

The “good news” for the city (if you want to call it that), is that an NBA team will remain here no matter what. The contract the Johnson signed with the city includes a $200 million penalty if the team tries to leave before 2010, and a $150 million penalty until 2015 (read more here). So whoever buys the Bobs will either keep them here or pay a penalty (worth almost as much as the team itself) to move them.

So – who will the new owner be? Right now, the trendy pick is currently minority owner Michael Jordan, although this comes with its own set of baggage. We don’t know if Jordan has the finances to pull it off, much less if he’s even interested in buying the team outright. Plus, there was that whole “gambling thing” a few years back, and we don’t know if the NBA will allow an admitted gambler to buy a team. Plus, Jordan is reluctant to mingle with fans, something a good owner would do.

I don’t know… but I do agree with the blog that whoever ends up with the Bobs out to rename the team. Johnson’s ownership has been a joke, and it’s an insult to the people of Charlotte to keep Johnson’s name with the team.

Sorry for the delay in posting this – I had computer troubles on Tuesday!

This episode kicks off with Alex and Gene chasing a suspect through a “fun run”. As Gene accelerates to catch the bad guy, Alex slows down. Suddenly the street is empty, and she can hear Molly’s voice asking for her. She has a vision of herself being led through the street (towards surgery) on a gurney. She becomes very woozy and starts to sit in the street, but she’s suddenly jarred back to reality as people in costumes jog by her. Gene calls her over to attend to the suspect he has nabbed… only the suspect attempts to get away by jumping over a wall that was a little taller than he had perhaps thought. As the two carry “Heroin Harry” off to jail, Alex looks around at the beautiful little section of London that they’re in:

Alex: “You know, you forget sometimes, how beautiful London can be… the architecture, the canals….”
Gene: “… dead body floating along…”
Alex: “You really have no poetry in your soul at all do you?”
Gene: “No. That dead body, there… look.”

At the morgue, the medical examiner reveals that the body had little water in the lungs, indicating that the man died before hitting the water, probably from blunt trauma to the head. The ME also points out some bizarre scars on the man’s arm, which Ray immediately blames on Satanists. Later on, Chris finds a missing persons report for one Colin Mitchell. Gene looks at the report, then sends Chris and Ray to talk to the man’s wife, while he and Alex go and talk to the man’s father. Gene reminds them that this is a murder investigation, and to keep any information leaked to the wife to as minimum. Before heading out, Shaz asks Chris for a wedding date. Chris evades her.

END_OF_DOCUMENT_TOKEN_TO_BE_REPLACED

From the “why isn’t this built in to Windows already?” department:

Taskbar Shuffle is a small, free program that lets you move not just items on the taskbar, but icons in the system tray (by the clock) as well. It also has a few grouping tweaks and also allows you to close taskbar items with a middle-click.

I’m only reporting about this now because the author only recently released a version that works on x64 Vista. I’ve been using it for a few weeks now, and I just love it. 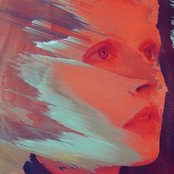