This is Danielle and Jeff Smith and their family:

The above picture was taken by Gina Kelly, a photographer from a suburb of St. Louis, Missouri, where the Smiths live. The family used the photo as their “Christmas card picture” and also posted it on their blog. Imagine their surprise when a family friend, on vacation in Prague, saw the following poster advertising for a grocery store:

Mario Bertuccio, owner of Grazie, an Italian specialty foods store in Prague, claims that he thought the image had been computer-generated (WTF?!?). When told that the picture was of a real family from St. Louis, he said he would take down the posters immediately and write the family a letter of apology.

Ohmygosh! The first picture from the set of season 3 of Mad Men has leaked!

Enjoy the pic after the jump (sorry RSS and Facebook people!):

END_OF_DOCUMENT_TOKEN_TO_BE_REPLACED

Remember Danny DeVito’s drunken performance on The View? If so, you’ll surely enjoy this, from a Philadelphia station’s morning show.

Yes, Danny DeVito is lit up like a firecracker at 8am:

Here’s a quick grammar tip about something I see used and abused on the Internet on a regular basis: the terms e.g. and i.e.

Both are Latin terms (e.g. stands for “exempli gratia,” which means “for the sake of example”, while i.e means “id est” or “that is”).  You use e.g. when when you want to give examples of things, and i.e. when you want to clarify or rephrase a sentence.

For example, you might say “I like candy (e.g., Snickers and Kit Kats)” or “I like all candy (i.e., I eat pretty much anything on the candy aisle)”.

Here’s an amusing exchange from the film Get Shorty that might help you remember how to use the two:

Wow! Just… wow! The season 2 finale of Ashes to Ashes aired last night… and boy, it was a doozy! Too bad we have to wait until 2010 to see how the series ends, eh? That just can’t come soon enough!

This episode begins with Alex watching an episode of Jackanory. In it, Gene is reading from a book called Alex and the Honorable Awful Headache. The book is a sarcastic, Gene Hunt influenced biography of Alex. This is interspersed with scenes of Gene beating up a criminal named Doyle. He’s trying to get information about an upcoming crime… but either Doyle knows nothing, or he’s willing to take a hell of a beating to keep a secret. Towards the end of the Jackanory episode, Alex hears the voice of a doctor named Samuel Jarrod. Jarrod says that he is Alex’s surgeon, and that while they have successfully removed the bullet and stopped the bleeding in Alex’s brain, a serious infection has set in. He further says that he’s going to give her a powerful antibiotic, and that 50ml is the most she will be able to take. Any more than that and… “it’s over”.

The opening credits roll, and we next see Alex asleep on the sofa. She’s not alone though – Martin Summers sits in a chair watching Alex. He’s flipping a cassette tape in his hand, the sound of which eventually wakes Alex. Summers accuses Alex of feeling guilty for covering up the death of PC Summers. Alex looks at Summers and decides that Summers is the infection she’s trying to beat, and she’s got until she’s been given 50ml to do so. Summers laughs at her thinking he is “the rot”. He wonders if she’s strong enough for that, as she hasn’t done a good job so far (as he says this, he pulls out the gun he used to kill PC Summers). He then looks at the cassette in his hand and says that he understands Alex, and understands why she makes the tapes – “the private agonies of someone trying to figure out the meaning of life”. He then says that he and Alex are in adjoining rooms at the 2008 hospital. He says that he’s heard the nurses talking about them, and that she’s only said one word the whole time she’s been there… and that word is “Gene”. Alex is taken aback at first, but then says that it’s not surprising, given how often Gene comes up in her (1982) life. Summers then accuses Alex of lying even to Gene, in this case specifically about the death of PC Summers. He then says that the clock is ticking; as he says this, the sound of an EKG machine can be heard, and the words “10ml” appear on Alex’s TV screen. Summers wishes her good luck, then leaves.

END_OF_DOCUMENT_TOKEN_TO_BE_REPLACED

BUENOS AIRES – An Argentine man who tried to use two counterfeit bills has been found innocent, by reason of incompetence.

A federal court in Buenos Aires says the forged bills presented by Marcos Ribles were “so clumsy and crude” that “they could not be accepted by most people.”

Judges say the counterfeit bills had such shoddy printing and poor-quality paper that nobody could be fooled.

The court announced its ruling dismissing the charges on Wednesday.

I was looking at my site logs yesterday, and I noticed that a few people have recently come here via search engines, wanting to know why Gene Hunt calls Alex Drake “Balls” or “Bowls” in the show Ashes to Ashes.

When Alex first arrived in the 1981 universe, she repeatedly told her co-workers about her multiple college degrees and the time she spent training with the FBI in Quantico, Virginia. Remember that she’s a well-educated hostage negotiator and psychological profiler for the Metropolitan Police in her 2008 life. She also used a variety of now commonplace criminal profiling terms, none of which were known to the police in 1981.

This was all very high-brow stuff for her fellow blue collar officers in 1981, so Gene started calling her “Bollinger Knickers” (“Bollinger” is a brand of champagne and “knickers” are women’s underwear in British slang). So it’s a sarcastic way of calling her “fancy pants”.

Over time, Gene has shortened it to “Bolly” or just “Bols”.

This episode begins with Alex having a a vision of Molly telling her that the doctor got the bullet out of her head… which morphs into  Chris asking Alex if she wants a biscuit. It seems that the gang is at a building site, on a stakeout for a drug deal. Alex has dozed off. As word comes over the radio that the deal is going down, Gene sends Ray off with one group and Chris off with another. He further orders Alex to remain in the van and “man the radio,  or woman it… whatever you prefer”. A car approaches, and several men get out with briefcases full of drugs and money. Gene orders the bust to go down, and the gang springs into action. A fight ensues, and Gene is taken captive by a man that holds a knife to his throat. Alex sneaks up behind them and smacks the man with a board, which causes him to fall. “Say hello to Mummy Bear”, she quips. The dealer lands on a pile of freshly laid concrete… with a human hand sticking out of it:

The opening credits roll, and we next see Ray using a jackhammer on the concrete, trying to get the body out. Gene walks up and asks Ray what he’s doing, that they “want a body on a mortuary slab, not a plate of dog food”. He orders Ray to use a chisel instead. Ray whines that it’ll take ages; Chris whines that he hasn’t had his turn with the jackhammer yet. Gene and Alex then go to speak to Michael Lafferty, the manager of the building site. Lafferty says that the concrete was laid down “last thing” the previous day, and that the site isn’t very secure, despite all the “keep out” signs. Lafferty then goes on to complain that the police investigation has stopped all his work, and that’s costing him money.

“Forgive me if our little investigation costs Sir Henrington Arse-Twat a year’s subscription to his private members’ club!” – Gene, to Michael Lafferty

The body has been chipped out of the concrete, and now lies at the morgue. Alex and Gene walk in, and the Guv demands to know what the victim’s tattoo says:

The medical examiner says that he focuses more on anatomy than tattoos. Ray and Chris walk in, and Ray says that the victim had no wallet and no ID, and that nothing came up when they ran his prints. Gene tells them to chalk it up to an “accidental death” and call it a day. He then tells Alex to go home and “put something skimpy on” and meet them a Luigi’s, because the gang is celebrating Viv’s birthday. As the gang starts to walk out of the room, the ME says that the man’s death was not an accident. He points out several bruises on the man’s face, as well as a curious pattern of bruises on his ankle, which suggests that the man had a chain wrapped around his ankles. Gene says “Murder… bugger”, then decides to put off any investigation until tomorrow.

END_OF_DOCUMENT_TOKEN_TO_BE_REPLACED

Hi everyone! I just wanted to let you know that I’m back from vacation! Did you even know that I was gone? I swear, I just love the “scheduled posts” feature of WordPress sometimes! Conversely, I hate the Google Gears feature at the moment, as it’s crashing Firefox as soon as I click on the “upload media” button in WordPress. I’m (sadly) writing this up in Chrome at the moment.

Anyway, I have a bunch of articles planned for this week: the Ashes recap I still owe you from last week, a possible History Blog article, a review of a local deli in Cramerton (the next town over), as well as a review of the kitschiest (is that a word?) gift store in the entire world!

I had fun, but I’m also glad to be back! 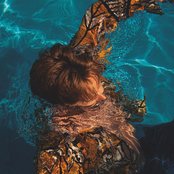