It might seem hard to believe today, but back in 1982 the film E.T. the Extra-Terrestrial was huge. It didn’t have the “teen appeal” of Titanic or Twilight, but it was the kind of movie grandparents, parents and church groups could feel good about taking their little ones to see. And so take them they did… and the movie became a phenomenon.

It only made sense, then, that there would be a video game tie-in based on the movie. Although newer systems like Intellivision offered better graphics than the stodgy Atari 2600, Atari’s gigantic user base ensured that the company would win the rights to make the game. When kids found out that E.T. the video game was coming out, they gleefully added it to their Christmas lists by the millions. E.T. was perhaps the hottest gift of the 1982 Christmas season.

There was just one problem… the game sucked. The graphics were so horrible and the gameplay so boring that even today, 27 years later, the game still makes it onto “Worst Video Games of All-Time lists”. In fact, given the game’s high-profile at the time, it often ranks near the top of those lists, too.

Part of the problem lies with the Atari console itself. The unit just didn’t have the horsepower to make decent graphics, a problem made painfully obvious by the negative reaction to the Atari port of Pac Man, which only vaguely resembled the arcade game. Another big problem was that the game was thrown together as quickly as possible. The team in charge of the game was given the go-ahead to begin development on July 27, 1982… for a game that was supposed to hit store shelves in time for Christmas.

Atari paid between $20-$25 million for the rights the E.T. story, a huge amount at the time. They had even made more E.T. game cartridges than there were Atari consoles, in hopes that the game would spur sales of the console itself. When that didn’t happen, Atari stock took a nosedive. Retailers discounted the game (which initially cost $49.95, or $110 current dollars) multiple times, and some even tried to sell it for $1. Retailers sent the game back en masse, and Atari famously had somewhere between 2.5 and 3.5 million unsold cartridges sent to a landfill in Arizona, where they were dumped and covered in concrete to discourage looting.

The game not only led to Atari’s fall from grace in the North American gaming scene, it was a primary contributor to the Video Game Crash of 1983, which almost killed the entire video game industry in the US and Canada. The Japanese would take over the market, and a North American company would not enter the gaming hardware market again until Microsoft debuted the Xbox in 2001. Video games were a dormant market in the US and Canada until 1987, when the NES was finally exported from Japan. Atari itself would struggle on in the video game hardware market until 1996, when the failure of the Atari Jaguar finally convinced the company to throw in the towel.

8 Replies to “The Game That Killed Atari” 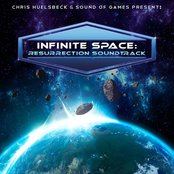 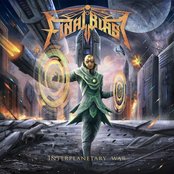 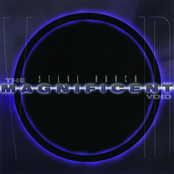 Between the Gray and the Purple
Steve Roach
11 mins

Round and Round
Cannons
22 mins