Morven Christie is a Scottish actress. According to Wiki, she “grew up in Scotland, splitting her time between Glasgow and Aviemore. She traveled and worked a series of jobs including teaching skiing, before studying acting at the Drama Centre London, graduating in 2003. Christie has worked on stage, film and television drama since. She currently lives in North London”.

I think she’s as cute as a button, and looks a bit like a Scottish Piper Perabo:

It might seem ironic, but I don’t think she’s all that photogenic. Check her out “in the flesh” in this interview on British TV. She’s just so adorable I wanna scream:

Lost In A Moment
Wankelmut
7 hours

Out of Time
Work Drugs
7 hours 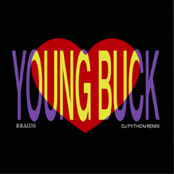