– DMV employees in New York state are now in deep trouble for selling fake IDs. The gang, which netted over $1 million from the scam, didn’t sell the otherwise legitimate IDs to teenagers wanting to buy beer or get into nightclubs. For $7,000 to $10,000 a pop, the officials were selling them to convicted felons and sex offenders! Read more about it here.

– Internet Explorer 6, long hated due to security holes and the various tricks web developers had to use to get it to work with other browsers – has died. Well, not really. But on March 1, 2010, Google will kill IE6 support on Google Docs and Google sites (other Google sites will discontinue support sometime shortly after that). And YouTube is killing IE 6 support on March 13, 2010. So a company in Denver, Colorado called the Aten Design Group will hold a “funeral” for the browser on March 1 at 7pm. If you’re in or near Denver and wish to attend, read more about it here.

– Researchers at Georgia Gwinnett College have found that looking at pictures of curvy women actually activates the same pleasure centers in the male brain that drugs and alcohol do. In the study, 14 men were shown “before” pictures of the naked asses of seven women. They were then shown “after” pictures of the same asses after they had undergone cosmetic surgery to move fat from their waists to the buttocks. While it might seem like frivolous research, researchers are hopeful that the information sheds light on pornography additions, infidelity, and erectile dysfunctions in the absence of pornography. I’d also like to point out that I’d never heard of “Georgia Gwinnett College” before reading this article. Apparently, after I moved to Charlotte, the Georgia legislature voted to create a new four-year college to replace Gwinnett University Center, a large complex where various universities (including the University [sic] of Georgia, Georgia Tech and Georgia State) offered various classes. Ya learn something new every day!

– Could dolphins hold the cure for diabetes? It seems that everyone’s favorite maritime mammal can turn the disease on and off, depending on how plentiful the food supply is.

– The Daily Mail has artist’s drawings of the new US embassy in London. It seems that the old embassy in Grosvenor Square is too small, too old, and too insecure. And personally, I think the old embassy has all the charm of heartless, 1950s Eastern European designs. The new embassy will be mostly glass and airy, and will be energy neutral, thanks to millions of solar cells placed on the exterior. I also like that the clever landscaping (terraced on one side; a pond on the other) negates the need for ugly security walls. What say you?

One Reply to “Wednesday’s Off-The-Wall News” 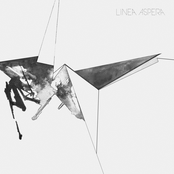 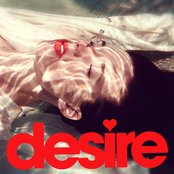 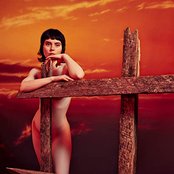