I download a lot of video off the Internet. Once I watch a video, I move it to a “burn folder”. Once that folder hits the 40GB range, I burn the videos to data DVDs. I also have three large binders for storing discs: one for software, and two for the three types of video I download (“American TV”, “British TV”, “Movies”).

Over time, the binders had become a big mess, and I’d taken to storing newly burned DVDs in empty spindles… which made finding a particular disc difficult. So, a couple of weeks ago, I decided to get rid of 90% of the discs in the “Software” binder (who needs Outlook 98 or Cinemania 97 these days?) and use that binder for movies. So, in a nutshell, I had a giant pile of 600+ DVDs on the floor of my office, which I sorted into one of three binders.

In that huge pile of discs, I found an old DVD containing 3.85GB of old pictures I’d downloaded off the Internet. A friend recently asked me about an old picture I might have had – a copy of our high school principal’s mugshot. I put the disc in the drive and started looking. I haven’t found the mugshot yet, but I did find this: 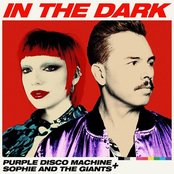