It seems that a lot of people want to know who this guy is:

He’s known as “Harold” and he’s popped up in thousands of Internet ads. But he doesn’t freak me out nearly as much as this guy:

Let’s face it… “Harold” is supposed to look creepy. He’s got the hair and the beard… it’s obvious to me that he wants to look like a wild mountain man. Which makes me think that some genius marketing guy found Harold’s mugshot somewhere and thought it would make for great viral advertising (and if so, a tip of the hat to you, sir!).

But just look at the second guy. At first glance, he looks pretty normal. Maybe he’s some guy from an IT services ad or something. But then you take another look and see his circa 1985 glasses, the weird, Cro-Magnon jaw and the photoshopped smile, and… well, it’s just creepy. Not as creepy as the clown doll in Poltergeist… but close. Very close. 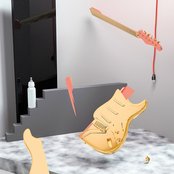 I'm Over You
Rainbow Arabia
6 hours 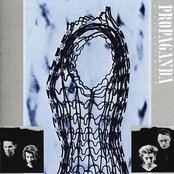