– It’s tempting to think of some foods as always existing, but the truth is that many of our favorite foods are extremely recent. Granny Smith apples, for example, didn’t exist until 1868 and first went on sale in the United States in 1972. Hass avacados weren’t bred until 1926, when full-time mail man and part-time horticulturist Rudolph Hass grafted seedlings from random avocado seeds (even scraps from restaurants!) onto Fuerte trees, then the predominant avocado strain. Hass’ original avocado tree, located at 430 West Road, La Habra Heights, California, survived until September 11, 2002 when it was cut down due to root rot.

– Roger Ebert likes black women. Back in the 80s, friends set him up on a blind date with a local talk show host. The date was a “genteel bust”, but Ebert did convince the woman to syndicate her show. Thus, thanks to Roger Ebert, everyone in America knows the name Oprah Winfrey.

– Duran Duran’s song “Sound of Thunder” is based on a Ray Bradbury short story of (almost) the same name: “A Sound of Thunder”. The story, set in 2055, concerns a hunter named Eckles who contracts with a company called Time Safari to go back in time to shoot a Tyrannosaurus Rex. One condition of his time travel is that Eckles cannot step off a path that Time Safari has created, as any subtle changes caused by time travelers might impact the future. Although Eckles is initially excited about the safari, he loses his cool when he sees the dinosaur, and so he runs off the path, crushing a butterfly in the process. When he comes back to present time, he finds that the world has changed. The song’s lyrics “I’m the man who stepped off the path” show that LeBon is supposed to be Eckles in the song. Read more about it here.

The first trailer for the final series of Ashes to Ashes has been released… and I’m so excited I almost weed on myself!

– In my opinion, Ben Roethlisberger should be benched until all his legal issues are sorted out. When Andrea McNulty, the first accuser, went public, I was willing to give Ben the benefit of the doubt. McNulty, after all, seemed less than stable mentally. But this second woman seems perfectly normal, and has done everything “by the book”. So, in my humble opinion, it’s time for Dennis Dixon to start until Ben decides to be a decent human being.

– Speaking of “decent human beings”, Troy Polamalu is the anti-Ben.

– From Texts From Last Night: “(813): So let me get this straight. You would sleep with an uncircumcised guy whose name you didn’t know, but you won’t try the new shrimp taco from taco bell?”

– During World War II, Red Cross regulations required the Germans to allow “games and pastimes” to be passed to Allied POWs in prison camps. The British convinced Waddington, Ltd. (the UK licensee of the Monopoly board game) to create some “special editions” that had “low-profile compasses, files, and maps” embedded into the game board. POWs could then tear open the board, remove the items and escape. Waddington, Ltd. was chosen by the British government because the company had perfected a method to print on silk, and silk escape maps don’t wear out, turn to mush in the rain, can be compressed into a tiny size, and (most importantly) don’t make any noise when opening or folding. The company, who made the games in a secret room at company headquarters using only a handful of highly-trusted employees, also included German, Italian and Austrian money mixed in with the game’s play money. Although some have estimated that a third of all POW escapees used the “Monopoly kits”, the exact number is actually unknown. Read more here.

– Joseph Casias, a Michigan man, was fired from his job at Walmart… for using medical marijuana. The company did this despite the fact that medical marijuana is legal in Michigan and that Casias had a valid prescription for the drug. Way to treat a five year employee with cancer and a brain tumor, Walmart!

From this page at Yahoo! Answers:

I download a lot of video off the Internet. Once I watch a video, I move it to a “burn folder”. Once that folder hits the 40GB range, I burn the videos to data DVDs. I also have three large binders for storing discs: one for software, and two for the three types of video I download (“American TV”, “British TV”, “Movies”).

Over time, the binders had become a big mess, and I’d taken to storing newly burned DVDs in empty spindles… which made finding a particular disc difficult. So, a couple of weeks ago, I decided to get rid of 90% of the discs in the “Software” binder (who needs Outlook 98 or Cinemania 97 these days?) and use that binder for movies. So, in a nutshell, I had a giant pile of 600+ DVDs on the floor of my office, which I sorted into one of three binders.

In that huge pile of discs, I found an old DVD containing 3.85GB of old pictures I’d downloaded off the Internet. A friend recently asked me about an old picture I might have had – a copy of our high school principal’s mugshot. I put the disc in the drive and started looking. I haven’t found the mugshot yet, but I did find this:

Happy birthday to… my own website! jimcofer.com turns 8 years old today! For the somewhat amusing story about how this site got started, click here and scroll down to the section labeled “How This Site Came To Be”.

I also want to take a minute or two to thank my hosting company, JaguarPC. Back in 2002, I was looking for a web host and found a company called Aletia Hosting highly recommended at the Ars Technica forums. I chose Aletia because a) a geek I knew and trusted recommended them; and b) while not “bottom of the barrel” cheap, they really had a good deal: $114/yr for 500MB worth of storage space and 1GB/month in bandwidth.

Then a company called JaguarPC bought Aletia… and everything just got better. My site’s uptime increased dramatically, as did my web hosting plan. Nowadays, I pay $83.64/year for unlimited storage space and 10GB/bandwidth/day. JaguarPC and I have come a long way together, and their sales and support staff has always been totally top-notch! So THANK YOU JaguarPC for making having a web site so enjoyable!

Well, today’s my birthday! Also on this date in history, Gen. Douglas MacArthur left the Philippines (1942), Mikhail Gorbachev was named president of the Soviet Union (1985), Janet Reno was unanimously confirmed as the first “female” attorney general (1993), Paul McCartney was knighted by Queen Elizabeth II (1997), bombs exploded all over Madrid’s train network (2004), a man on trial in Atlanta stole a gun from a deputy and went on a killing spree (2005), and Slobodan Milosevic was found dead of a heart attack in his cell (2006). Happy stuff!! 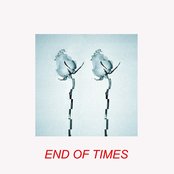 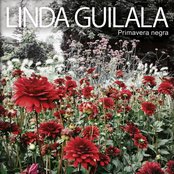