Anglican Curmudgeon once again hits it out of the park, filling in the details on the story I reported on back in February.

It seems that the ECUSA’s Executive Council met in Memphis on October 5-8, 2009, and at that meeting they adopted the following resolution, which reads, in part:

Two and a half months later – as in, ten weeks, or seventy-five days later – the Episcopal Church headquarters in New York City fired all its union workers and replaced them with a cheaper, non-union company:

The workers lost their jobs – which paid standard wages and benefits – when the church canceled the contract with Paris Maintenance, a union cleaning contractor, and replaced it with the nonunion Benjamin Enterprises.

Nice. Read the whole article here, especially the part at the end, where it’s noted that TEC is using a non-union Hyatt in Indianapolis for the 2012 General Convention.

Hypocrites, the lot of them! 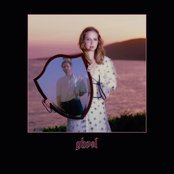