The Police first played “Message in a Bottle” in public on a BBC TV show called Rock Goes To College on February 21, 1979. Here they are, live from Hatfield Polytechnic:

If you get a chance, check out other Rock Goes To College clips on YouTube. It was an interesting concept for a show: the BBC would find an up-and-coming band and arrange for them to play at a university, usually giving tickets away free to students. They’d then air the show live on TV and radio simultaneously, which allowed people to watch the show on their TVs and use their home stereos to provide a big, booming sound that televisions lacked on those days.

Other bands featured on the show include: The Boomtown Rats, AC\DC, Rich Kids, Cheap Trick, Ian Dury & the Blockheads, George Thorogood, The Cars, Average White Band, Joe Jackson, The Specials, Tom Petty, UB40, The Motels, U2, Stiff Little Fingers, Siouxsie and the Banshees, and The Stranglers… whose set was only 5 songs long; the band walked off the stage after the BBC refused to give tickets to local non-students. The band played whatever minimum number of songs that were required in the contract and refused to play any more for “elitist audiences”.

Down Here/Moon Above
Flunk
44 mins

We Raise Our Hearts
Postiljonen
52 mins 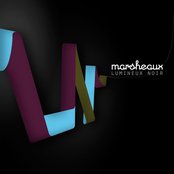