Wow… I’m just now coming down from the Steelers’ victory over the New York Jets in last night’s AFC Championship game. What can I say about it? The first half was simply an old-fashioned Steelers beatdown of epic proportions… and the Steelers D did just enough in the second half to secure the victory over Gang Green and their curiously slow offense. Kudos to the much-maligned Bruce Arians for his aggressive playcalling on the last Steelers drive; many other OCs would have run the ball, milked the clock and punted. But not last night. And now… the news:

– Contrast my joy with the Steelers’ win with the bitterness of the Atlanta Falcons’ defeat at the hands of the Packers a week ago. Long time Atlanta Journal sports columnist Mark Bradley has this piece about Atlanta’s sad history in pro sports: 148 seasons with only one title. Read it and weep.

– Baltimore mayor Stephanie Rawlings-Blake bet Pittsburgh Mayor Luke Ravenstahl that her Ravens would beat Pittsburgh last week. She lost. Here’s the YouTube video she made per the terms of the bet, complete with Hines Ward jersey and the pronouncement that Pittsburgh has the “superior football team”:

– I certainly won’t be attending the Super Bowl this year. Why? Because face value of club seat tickets is now $1,200. This article at Yahoo! also notes that the NFL will charge you $200 to watch the game on a huge TV in the plaza outside the stadium, and $350 to watch the game in the standing room only section… it’s a bargain!

– One last sports item: the Utah Jazz mascot taunted a fan of the opposing team, and the fan got mad and punched him. Security began escorting the fan from the arena… but the fan wrestled away from their grip and charged the mascot one last time… something he probably ended up regretting:

– One Alabama law firm is suing Taco Bell, claiming the quasi-Mexican food giant is breaking the law by advertising “ground beef” in its products when it should use the term “meat filling”. It’s not a silly as it sounds: the USDA has a legal definition for ground beef which is “chopped fresh and/or frozen beef with or without seasoning and without the addition of beef fat as such, shall not contain more than 30 percent fat, and shall not contain added water, phosphates, binders, or extenders”. Taco Bell’s “meat” products are said to include “wheat oats, soy lecithin, maltodrextrin, anti-dusting agent, autolyzed yeast extract, ‘Isolated Oat Product’, modified corn starch and sodium phosphate”, and thus aren’t legally “ground beef”.

– From the Department of Duh: Alan Penn, director of the Virtual Reality Centre for the Built Environment at University College London, says that Ikea stores are purposely laid out like a maze to get you to spend more. Thanks for the tip there, Einstein!

– The £20 million home used as Geoffrey Rush’s home and office in The King’s Speech was also used to have “wild sex parties”, according to sources.

– Earth may (or may not) get a second sun this year. The star Betelgeuse is set to finally go supernova… and when it does, it will be so bright in our sky that we’ll have a second sun for a week or two. Don’t get too excited, though. As the linked article says: “Brad Carter, Senior Lecturer of Physics at the University of Southern Queensland in Australia, claimed yesterday that the galactic blast could happen before 2012 – or any time over the next million years” (emphasis mine). 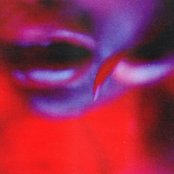 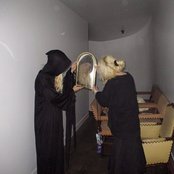 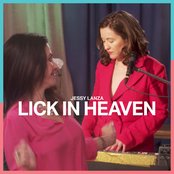