With the Super Bowl only days away, I’ve been far too excited to write. But not so excited that I couldn’t bookmark a bunch of interesting stuff to share with you. So… let’s get started:

– Mohan Srivastava is a Canadian “geological statistician”. Basically, mining companies go to some location and take hundreds of soil samples, and Srivastava crunches the numbers to see what’s in the ground there. Anyway, like a lot of people, Srivastava always thought that scratch-off lotto tickets were a scam… until one day, when he found a ticket in a pile of stuff on his desk. It had been given to him by a co-worker as a gag gift, but Srivastava decided to play it anyway. He won $3 (Canadian dollars, even) and went to the nearest gas station to redeem it. On the walk back to the office, he had an epiphany: what if he could use his statistical mojo to determine winning lottery tickets? Come to find out, it was amazingly easy. Read the whole article at Wired.com… it really is damn interesting!

– If it were up to her, Baroness Floella Benjamin would ban TVs in childrens’ bedrooms. Ho-hum… more of the British nanny state if you want to read it.

– Maybe those obese British kids should exercise? Perhaps they might want to avoid swimming off the coast of Florida, where 100,000 sharks assembled.

– On this date in 1690, the government of the Massachusetts Colony issued the first paper money in America.

– 1973 marked the 50th anniversary of Yankee Stadium, so the team sent a letter out to former players and staff, asking them to share their most memorable moments in the ballpark. Slugger Mickey Mantle’s memories… probably weren’t what they had in mind. NSFW WARNING: Although the linked article just shows a scan of Mantle’s letter, Mantle’s written response is very lewd. So, no graphic images or anything, but you’ve been warned all the same.

– Hank Green is a nerd who has a hard-on for the James Webb Space Telescope. And who can blame him, really? The JWST will be amazing, and it’ll make the Hubble look like a toy in comparison. Here’s a video of Green giving his five reasons why the JWST is awesome:

Read more about the JWST at the official NASA site here.

One Reply to “Thursday’s Roundup” 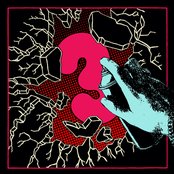 One of the Girls
Otha
6 mins

Round and Round
Cannons
21 mins