“Episcopal” means “a church governed by bishops”. Many of the largest Christian denominations are episcopal (little “e’) in nature: the Catholic, Anglican\Episcopal, Lutheran and Orthodox churches are divided into a large geographic area (typically an entire nation) that’s called a province. Each province is headed by either an archbishop or some sort of legislative body, such as House of Bishops in The Episcopal Church in the US or the General Synod in the Church of England in the UK. Each province is subdivided into dioceses, with a bishop at its head, governing from a cathedral. The diocese is then subdivided into parishes, with one church per parish. Although Anglican and Lutheran churches aren’t hierarchical in the same sense that Catholic and Orthodox churches are, the jist of it is that orders come from the top to the bishop, who carries them out at the diocesan level.

Of course, the current Queen doesn’t actually the handle day-to-day affairs of Westminster Abbey. That’s handled by a college of canons, hence “collegiate” in the official name. The college is a group of secular priests (as opposed to a monastic order) who run the church. Confusingly, one of the canons also serves as the rector of next-door St. Margaret’s Church, which is the parish church of the Houses of Parliament, and is subject to the jurisdiction of the Bishop of London.

But, because nothing involving the Crown can be ever be simple, there are several variants of the royal peculiar.

The Queen’s Chapel of the Savoy, off the Strand in London, is a peculiar, but is not royal, because the chapel is legally held by Duchy of Lancaster for the sovereign. To make matters more confusing, the Duchy of Lancaster isn’t held by “the Crown”, but is the personally inherited property of the monarch. Let’s put it this way: normally, when a world leader gives a valuable gift to the President of the United States, it becomes property of the people of the United States via the office of the President. If Queen Elizabeth II were to give President Obama an oil painting by English artist William Turner, Obama just can’t take it home with him and hang it above his fireplace after he leaves office, nor can he put it up on eBay for $20 million. It’s not his to give. It belongs to “the President” (the abstract political office), not Obama (the person). And while most of Queen Elizabeth’s property belongs to “the Crown” (the abstract political office), the Duchy of Lancaster belongs to Elizabeth Windsor (the person).

There are also chapels at the various Inns of Court in London. As the name suggests, long ago these were just regular inns where various tradesmen would meet to conduct business. Over time, though, Gray’s Inn, Lincoln’s Inn, the Inn of the Inner Temple and the Inn of the Middle Temple became associated with the legal profession, and for several hundred years they have acted as the bar association for all English and Welsh lawyers. Every lawyer must belong to one of the inns, and each inn has its own chapel. None of the chapels are royal, but all are peculiars, being outside the jurisdiction of the Bishop of London.

Interestingly, there is also the case of The Queen’s Chapel of the Mohawks (Brantford, Ontario) and Christ Church, Her Majesty’s Royal Chapel of the Mohawks (Deseronto, Ontario). Both of these are considered “royal chapels” and are the only such chapels outside the United Kingdom. However, they are not peculiars, as they fall under the jurisdiction of the Anglican Church of Canada.

All You Do
Magdalena Bay
9 hours 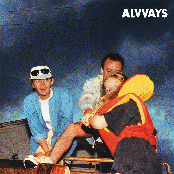 Easy On Your Own?
Alvvays
9 hours 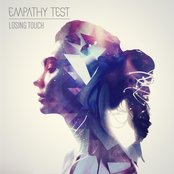 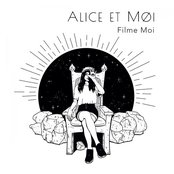