“You are not the kind of guy who would be at a place like this at this time of the morning. But here you are, and you cannot say that the terrain is entirely unfamiliar, although the details are fuzzy. You are at a nightclub talking to a girl with a shaved head. The club is either Heartbreak or the Lizard Lounge. All might come clear if you could just slip into the bathroom and do a little more Bolivian Marching Powder. Then, again, it might not. A small voice inside you insists that this epidemic lack of clarity is a result of too much of that already. The night has already turned on that imperceptible pivot where two AM changes to six AM. You know this moment has come and gone, but you are not yet willing to concede that you have crossed the line beyond which all is gratuitous damage and the palsy of unraveled nerve endings. Somewhere back there you could have cut your losses, but you rode past that moment on a comet trail of white powder and now you are trying to hang on to the rush. Your brain at this moment is composed of brigades of tiny Bolivian soldiers. They are tired and muddy from their long march through the night. There are holes in their boots and they are hungry. They need to be fed. They need Bolivian Marching Powder.”

Internet giant Amazon launched a new online storage service called Cloud Drive this week. But it’s far more than just online storage. Here’s a quick round-up where you find out what it is, why it’s cool, and why Amazon’s looking at the Big Picture with it.

Cloud Drive is an online storage service. You can get 5GB worth of disk space for free, or you can upgrade to 20GB for $20/year, 50GB for $50/year, 100GB for $100/year and so on. As a “limited time offer”, Amazon is offering a US residents a free one-year upgrade to 20GB if you buy any album from their mp3 store. And I do mean any album: I bought Radiohead’s Kid A album for $2.99 and got the free upgrade immediately.

As you can see, it’s a pretty basic interface. There are default folders for documents, music, pictures and videos, and you can create any additional folders or subfolders you wish. There’s also a “Deleted Items” folder, just in case you accidentally delete the wrong thing. It’s pretty cool so far, right? But not very revolutionary?

You can access and play your music from any other computer via a web browser. Playlists are supported, and are easy to edit via drag and drop. Embedded album art is also supported, as is sorting by artist, album, or even genre. It might not be the prettiest interface ever written, but it’s functional, simple, and gets the job done.

Yep, the same song that was just playing on my desktop computer is now playing on my phone! And this is Amazon’s Big Picture, and it’s why Cloud Drive is so cool.

But while iPhones have had iTunes built-in from day one, Android has been missing a killer audio player. The Android Market is full of apps that claim to work with iTunes and other PC-based players… but don’t. The recently released WinAMP for Android claims to offer wireless syncing over Wi-Fi, but this blog post has dozens of complaints about how it doesn’t work that well, especially on 64-bit versions of Windows. But even if it worked flawlessly, the WinAMP app only offers local syncing, which is great if you want to update your tunes while at home, but simply doesn’t work if you’re already away from home and want to hear a song.

And this is where Cloud Player comes in. I’ve only been using it for a few days, but so far its worked flawlessly on my phone. Just upload some songs from home (an optional Adobe AIR upload applet is available) or buy them from the Amazon store and the songs instantly show up on the Cloud Player, either on a desktop PC or your phone.

END_OF_DOCUMENT_TOKEN_TO_BE_REPLACED

My virtual desk is creaking under the load of news I have for you… so let’s get to it!

– Unless I’ve missed it, it seems like the US media has been awfully quiet about Vice-President Joe Biden locking a journalist in a closet for several hours so that he (the journalist) couldn’t ask questions during a fundraiser. Seriously – this is borderline kidnapping folks… why do I have to read about it from British newspapers?

– Monsanto, the biotech firm that’s been genetically altering crops for years, is now facing a giant lawsuit. You see, Monsanto’s seeds are sterile, meaning the farmers have to buy new ones from the company every year… which is one thing. But Monsanto has (allegedly) sued some farmers who have had their crops contaminated by Monsanto products. The charge? Patent infringement. What’s worse, many of these farmers are organic, and they want nothing to do with Monsanto’s seeds, since cross-pollination can cause them to lose their “organic” status. So, basically, a conventional farmer plants Monsanto seed. Some of it gets picked up by the wind and lands on organic farms… and instead of the organic farmer suing Monsanto for creating the mess, Monsanto sues the organic farmer for using their seeds without permission. Nice!

– Speaking of “nice”… you know how airlines are supposed to compensate you if your flight is cancelled or if you’re bumped because of overbooking? Well, cheap-ass European airline Ryanair doesn’t think its fair that they should have to pay for that, so starting April 4, the airline is going to charge a £2 “compensation levy” on all airfares. So you can pay for their screw-ups!

– One of the first real-time “instant message” chats on the Internet (well, ARPANET) took place in 1975. Participants included Ronald Reagan, artist Marcel Broodthaers, cultural anthropologist Edward Said and actress Jane Fonda. Someone somewhere made a transcript, and it’s an interesting read. It’s funny how novel the idea seemed at the time, and you can actually see the moment Reagan went from “old fuddyduddy who just doesn’t get it” to “man who understands the awesome capability of such a tool”. Check it out!

– There’s yet another possible HIV vaccine out there. The difference with this one? It’s completely artificial (it’s not modified pig genes, for instance) and it has the ability to change along with HIV. Human trials could start in a year.

– Speaking of medicine, HuffPo (I know, I know) has a nifty post about a woman who had a botched eye lift and now cannot close her eyes. And yes, a lawsuit is pending.

– It’s come to this: four cans of vegetables can get you FOUR free tickets to a Timberwolves game. It almost doesn’t seem worth it (the team is 17-58 at the moment).

– Speaking of sports, I found this great article about soccer in the US, and why it never took off the way gridiron or basketball did (short answer: stupid business practices, but be sure to read the whole thing).

– Lastly, it looks like Yahoo! Messenger is now censoring links sent in instant messages. Basically, there’s a site out there called FilesTube that indexes public file sharing sites like RapidShare and MegaUpload. It’s kind of a Google for pirates. Links to FilesTube in Yahoo conversations are quietly deleted, with no warning given to the sender or recipient. This wouldn’t be that big of a deal… except how is Yahoo! doing this? Is this something built-in to the client? Or is Yahoo! actually searching and filtering millions of messages a day?

Just Before The Rain BS
The Monk by the Sea
now playing... 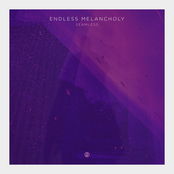