More than a few American cities are situated in counties of the same name. For example, the City of New York is in the County of New York in the state of New York. Here’s a fun fact: the city of Montgomery, Alabama resides in Montgomery County, Alabama. But the city and the county are named for two different people!

The city of Montgomery is named for General Richard Montgomery, an Anglo-Irish army officer who switched from the British to American side in the Revolutionary War and was killed at the Battle of Quebec in 1775.

The county is named for Lemuel P. Montgomery, an attorney from Nashville who joined the militia during the War of 1812, was commissioned as a major in the 39th Infantry of the United States Army and was killed at The Battle of Horseshoe Bend in 1814. The battle took place around 40 miles from Montgomery.

All My Friends
Den-Mate
36 mins 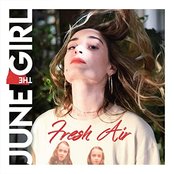