Unlike the album list (which was restricted to albums released in 2011) and the TV list (which was restricted to new TV shows that debuted in 2011), the podcast category is simply all the shows that I enjoyed listening to this year. They’re also ranked, but don’t put too much stock in the rankings. Some podcasts are for learning, others are strictly for entertainment, so my rankings could vary day-to-day depending on my mood.

#5: This Week with Larry Miller – You know how Seinfeld was described as “a show about nothing”? Well, Larry’s podcast is pretty much like that, too. It’s just comedian Larry Miller talking about whatever crosses his mind that week. Sometimes it’s funny stories about his college days, or his early days as a stand-up comedian in New York City (there’s a great story about him working at Studio 54’s “haunted house” one year). Other times he talks about being on the road or his family life (there’s a long-running feature called “Hamper Update”, in which he discusses his attempts to get his wife to buy a new clothes hamper for the bathroom). This show isn’t always funny, but I like it because it comes from the heart. Larry is genuinely a great guy, and it comes through in his show. More info here.

#4: Judge John Hodgman – If you’re a nerd, you probably who know John Hodgeman is. If not, he’s Jason Schwartzman’s arch-rival Louis Green on Bored to Death. Or you might remember him as the “PC” from Apple’s “I’m a Mac” ads. In any case, Hodgeman has created a podcast where he creates a “People’s Court” style courtroom to decide the real issues that Americans care about. In one case, a friend asked another friend to record something on his DVR, then never came over to watch it. The friend asked Judge Hodgeman to either force the friend to come over and watch it, or give him his blessing to delete it after a few days. In another case, Hodgeman had to determine when it’s OK to crash at a friend’s house, and if age and\or financial status come in to play. It’s a funny podcast, and definitely worth a listen! More info here.

END_OF_DOCUMENT_TOKEN_TO_BE_REPLACED

OK, so I’m probably the last person on earth to hear about this recipe. But a friend of mine made a version of these at a Halloween party and they’re so simple to make and so yummy that I’ve made them several times for parties since. It only takes a few minutes, and they’re just sooooooo good!

Note: I like Snyder’s Butter Snaps pretzels for this. Not only are they tasty, they’re square-shaped (they look like little window panes or grids). This minimizes the chocolate seeping through. Also, Rolo “bars” (8 pieces wrapped in a single piece of foil) are easier to use than bags of individually-wrapped candies… although it’s surprisingly difficult to find the “bars” here in Charlotte.

2) Line a cookie sheet with parchment, then place pretzels on the sheet in a grid.

3) Place one Rolo candy, top side up, on each pretzel.

4) Bake for 3-4 minutes. Candies should retain their original shape, but should be very shiny.

5) Working quickly, remove pretzels from oven and top each one with a pecan half. Be sure to press the pecan down so that the chocolate covers the entire pretzel.

6) Let cool to almost room temperature, then place on plate and store in fridge for 30 minutes to an hour to set.

If you don’t like pecans (and, if so why do you hate America?) or are allergic, you can substitute M&Ms or Hershey’s Kisses for the pecans.

OK, so I’ve done the music round-up for the year, so let’s take a look at TV. Below is my list of Top 10 new shows for 2011. After that, you’ll find lists of shows that almost made the list, shows that tried and failed, shows I’m bidding farewell to, a few dubious “awards”, a list of notable miniseries, and my best and worst TV moments of 2011. Remember that the Top 10 list is for new shows which debuted this year. Old faves like Mad Men and Breaking Bad aren’t new, so they don’t count.

#10: The Hour (BBC) – Hailed as “Britain’s answer to Mad Men“, The Hour… wasn’t. Not exactly, anyway. Set in a fictitious BBC current events show of the same name in the 1950s, The Hour features Ben Whishaw as Freddy Lyon, a young and hungry reporter who has been stuck in smoky back rooms making newsreels for the BBC. His close friend and mentor Bel Rowley (the yummy Romola Garai) lands a job producing the new TV show, and hires him. To Freddy’s immense disappointment, Bel’s boss names Hector Madden (Dominic West from The Wire) as the show’s handsome and socially-connected (but mentally lightweight) anchor. There’s plenty of real-life intrigue as the Suez Canal Crisis begins just as the failing show needs something to draw in viewers. And there are plenty behind-the-scenes machinations as love affairs start, people plot against one another for promotions, and the BBC butts heads with the government over The Hour’s coverage of the Suez Crisis. But where the show stumbles is in a spy subplot which Freddy uncovers after pasting news clippings all over his wall a la Rubicon. It’s a quality show, but hopefully they’ll lose the “secret spy stuff” next season. After all, if Mad Men can get by using an ad agency as the backdrop, why can’t The Hour do the same on the set of a TV show?

#9: Shameless (Showtime) – I’ve never seen the original British original, mostly because it was already well into its run by the time I discovered it, and I don’t like jumping in to shows in progress. And, as if it weren’t obvious enough in my TV and movie posts, I’m growing really tired of premium cable shows reveling in people behaving badly. I don’t think we should go back to the days of Father Knows Best by any means, but I’m getting sick of Hollywood putting dysfunction on a pedestal. But I just can’t help myself: I like this show. That’s mainly due to the performances of William H. Macy, Joan Cusack and Emmy Rossum. Yes, the weekly storylines can get old after a while – the whole “dysfunctional family pulls together to solve the problem of the week” thing can grate – but still… I think the show has remarkable depth and heart, even given how screwed up everyone is. Oh, and it’s really funny, too!

END_OF_DOCUMENT_TOKEN_TO_BE_REPLACED

As 2011 draws to a close, it’s time to look back at the year in music. Below is my list of Top Ten albums for the year; following that is some commentary about good albums that didn’t quite make it, and bands I’m going to be looking at closely in 2012!

As always, remember that this list is about complete albums and not individual songs. Yes, there may be songs out there from 2011 that I liked better than anything on this list… but, as a whole, the following ten albums are my favorite of the year!

M83 is a band I always wanted to like. Why not? They’re all French and sophisticated, doing their own special brand of electronic shoegaze. But I’ve never met an album of theirs I liked all the way through… until now. Hurry Up, We’re Dreaming. is a delight from start to finish. And I’m happy for them! The music of M83 (named after spiral galaxy Messier 83) has been featured in dozens of films, TV shows and video games; I’m glad to see them put out an excellent product.

Julianna Barwick is an American musician who was born in Louisiana and grew up singing in church choirs before moving to (where else?) Brooklyn. It’s kind of hard to pin down her exact sound. To me, she certainly sounds a bit like Elizabeth Frazer of the Cocteau Twins singing over the late 70s\early 80s ambient work of Brian Eno or Harold Budd. But it’s not that simple. There’s certainly some Björk, Enya and maybe even some Danielle Dax thrown in for good measure. In spite of all the comparisons, I think she has a totally unique sound that’s both ethereal and otherwordly. It sounds like something 4AD would have put out in 1984… and I mean that as the highest possible compliment! On the negative side, Elizabeth Frazer\Enya singing over very mellow Eno\Budd isn’t something you can throw on at a party or on a whim. But that’s cool. Different is good sometimes.

Swedish musician Lykke Li (real name: Li Lykke Timotej Zachrisson) has been an indie favorite ever since her tune “Little Bit” hit the scene in 2007. But her second album, Wounded Rhymes, just hit it out of the damn park. Like Björk, Li has a tendency to kind of go all over the place with her music, a trait that was held in check better by this disc. And I don’t know why, but I just love this woman’s lyrics: cold, dark, and sometimes just plain clever. “Like a shotgun needs an outcome” is my favorite line for all of 2011.

END_OF_DOCUMENT_TOKEN_TO_BE_REPLACED

The train wreck that is the Anglican Communion keeps chugging along towards oblivion. Want to know why? Just check out this handy Roundup of Sadness.

– Bede Parry was a priest at Conception Abbey, a Benedictine community near St. Joseph, Missouri. He also has a history of sexually abusing young boys dating back to 1981. Parry was kicked out of the Catholic Church. He then moved to Nevada, where he became a music director and organist for All Saints Church, Las Vegas. He approached the Bishop of Nevada about becoming a priest in the Episcopal Church. The Bishop agreed, apparently knowing full well his pedophile past. The Bishop of Nevada at the time? Katharine Jefferts Schori, the current Presiding Bishop of the United States. Although Schori says otherwise, Parry himself has said that Schori knew all about his past before she consecrated him. Is the Presiding Bishop so attached to her policy of inclusion and diversity that she’ll turn a blind eye to pedophilia? Apparently so. Read more about the sad story here.

– Speaking of Catholics… ya know, you’d think that the Episcopal Church would enjoy a rise in membership with the large number of Catholics leaving the Church in the wake of the sexual abuse scandals. But you’d be wrong. According to Freakonomics, if Catholics leave the church and join another denomination, it’s most likely to be a Baptist church. I don’t know if it’s because those Catholics are choosing to go in the opposite direction, or if the Episcopal Church has dropped the ball yet again… but guess which one I’m leaning towards?

END_OF_DOCUMENT_TOKEN_TO_BE_REPLACED

So there’s a video conversion app out there for Mac called iSquint, and if you click on the “Help” option, you’ll get this cheeky response:

Thanks to the Win! blog for the pic. You can see it at its original site here. 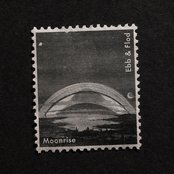