I lived in Atlanta from the day I was born until I was 31 years old. I am also a huge fan of NBC’s Parks and Recreation, the comedy with Amy Poehler, Nick Offerman and Rob Lowe. In fact, if Offerman’s “Ron Swanson” character was a real person, in my book he’d be the greatest living American by a long shot.

Anyway, I watched last week’s episode, which opened with a shot of “JJ’s Diner”. It wasn’t until I went online after watching the episode that I found out that not only was the exterior shot filmed in Atlanta, it was filmed at a diner on Cheshire Bridge Road I’ve been in 100 times:

In fact, I even reviewed the diner on my “old” site (read it here). Seriously, folks… I’ve been in that place – when it was the Dunk N’ Dine – at least 50 times, if not more. I’ve got several stories from that place I bore my friends with, like the time I sat next to a table of three older white men in suits… and one 6′ 5″, 275lb. black “woman” in a dress. Or the time my friend Jefferson and I almost had to swap tables because we were laughing so hard at the bitchy drag queens in the corner* that we couldn’t eat. What’s more, as you can see from the picture, I also got a tattoo at a shop next door, bought “smoking accessories” several times at the shop next to that, and gawked at the “toys” at the adult store next to that.

What AWESOME observational skills I have! I’m slipping, folks. I watched a recent episode of Death in Paradise, a UK crime drama filmed in Guadeloupe. The main character is an English cop who is kind of a lesser Sherlock Holmes. He also can’t stand the tropical weather and is anal-retentive to the point of offensiveness. Anyway, the cop was able to figure out who the bad guy was (in this case, the bad girl) because she kept two mobile phones, identical except that one was black and the other white. Aaaaannnnnnddd I totally missed that, too. 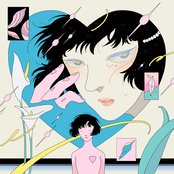 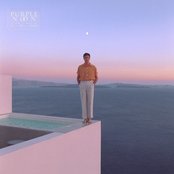 Time to Walk Away
Washed Out
13 mins 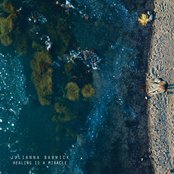